The Biden administration and nearly 200 world governments agreed on Saturday to a framework that would have richer countries compensate poorer nations for damages allegedly caused by carbon emissions at the United Nations COP27 climate conference, according to Reuters.

Wealthy nations will create a “loss and damage” fund that will provide money to countries that have suffered from climate-related “disasters” such as droughts or hurricanes, according to a draft proposal seen by Reuters. However, most of the details of the financial framework will be decided and agreed upon in 2023 at the next COP conference that will take place in Dubai. (RELATED: ‘Staggering Disconnect’: Climate Summit Boasts Opulent Beef, Seafood Menu Despite Spearheading Anti-Meat Initiatives)

“There is only an agreement to agree next year, which is not an agreement,” Energy and Environmental Legal Institute senior legal fellow Steve Milloy told the Daily Caller News Foundation. “This is a face-saving fake deal to keep stringing poor countries along in order to keep the Paris hoax alive.”

A senior Biden administration official told The Wall Street Journal that the deal would not legally bind the U.S. into paying for developing countries’ climate damages. The Biden administration initially opposed “loss and damage” funding, arguing that there are alternative methods to secure climate funding for poor nations. 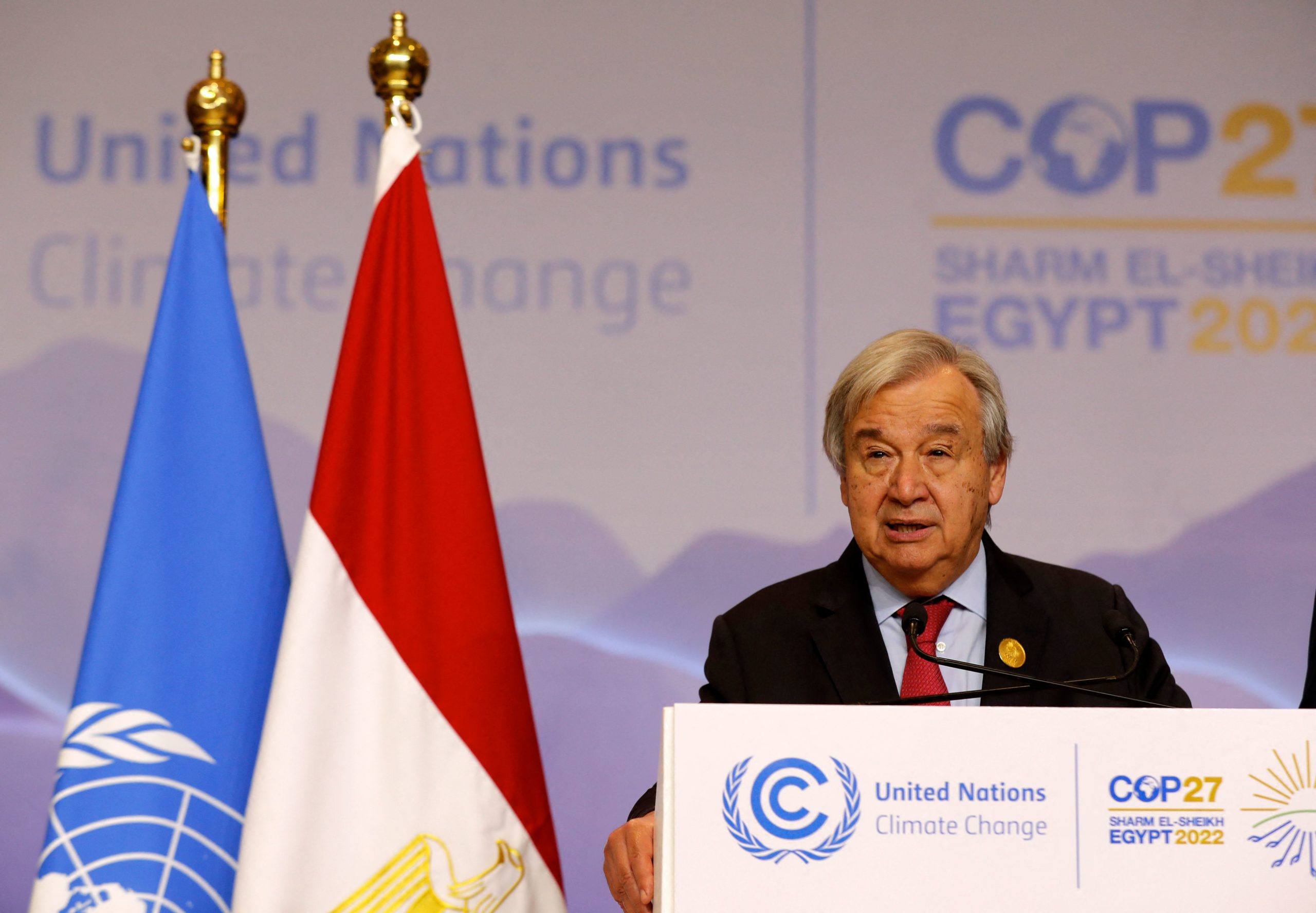 COP27 has been dominated by the debate surrounding a plan to compensate developing nations for climate damages, according to Reuters. The European Union said Thursday that it would support such a framework if China, the world’s chief polluter, would provide funding and if the money raised was exclusively earmarked for developing countries that are destitute to ensure that China did not benefit from the proposal, according to the WSJ.

After agreeing to the climate financing framework, the U.S. also called for the inclusion of a pledge to phase out all fossil fuels which would build on the 2021 agreement to “phase down” coal use, according to Bloomberg.

The White House and United Nations Framework Convention on Climate Change did not immediately respond to the DCNF’s request for comment.