The man who perpetrated the May 14 mass shooting at a Tops Friendly Market in Buffalo, New York, pleaded guilty Monday to state-level charges against him, according to ABC News.

Payton Gendron, 19, entered guilty pleas for 15 charges including domestic terrorism motivated by hate, murder and attempted murder, the outlet reported. He had pleaded not guilty to federal hate crime charges in July, according to Fox News.

Gendron killed 10 people and injured 3 others during the shooting in a predominantly black area. He posted a 106-page manifesto online beforehand, calling himself a “white supremacist” and “anti-Semite” whose beliefs developed on 4chan and Reddit after the COVID-19 pandemic began.

Heavy snow postponed Gendron’s hearing from its earlier Nov. 21 scheduling, the Rochester Democrat and Chronicle reported. John Elmore, an attorney for two families of victims, had already indicated that Gendron would plead guilty. (RELATED: Walmart Shooter Who Killed 7, Including Himself, Was An Employee, Police Say) 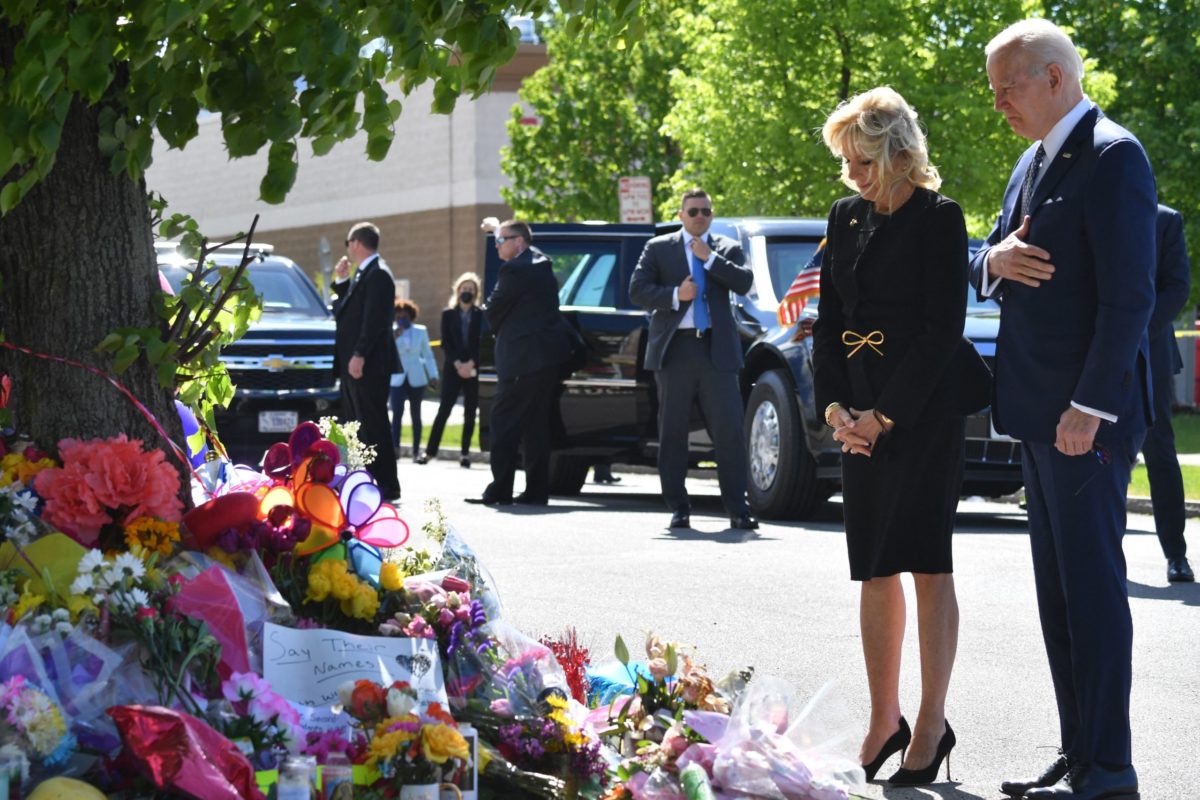 TOPSHOT – US President Joe Biden and US First Lady Jill Biden visit a memorial near a Tops grocery store in Buffalo, New York, on May 17, 2022. NICHOLAS KAMM/AFP via Getty Images

Gendron faces life in prison without the possibility of parole for the state-level charges and a possible death sentence for federal hate crime charges, according to the Chronicle.

Elmore did not immediately respond to the Daily Caller News Foundation’s request for comment.