The pre-released introduction is 40 pages and references writing by Assotto Saint, an American poet and figure in the LGBTQ movement, discussing the “thinking and feeling like a flaming faggot.” The introduction describes “licking the cut or the sphincter that dilates as we press a finger or tongue or as we swallow and hold the shocks and thrusts of expressive puncture.”

Through “literary training” and “absorption of elite writing tradition,” Decena came to define “faggotology” and used “flesh-to-flesh encounters, and spirit work of gay male and radical lesbian” mentors to shape the book, the introduction stated. 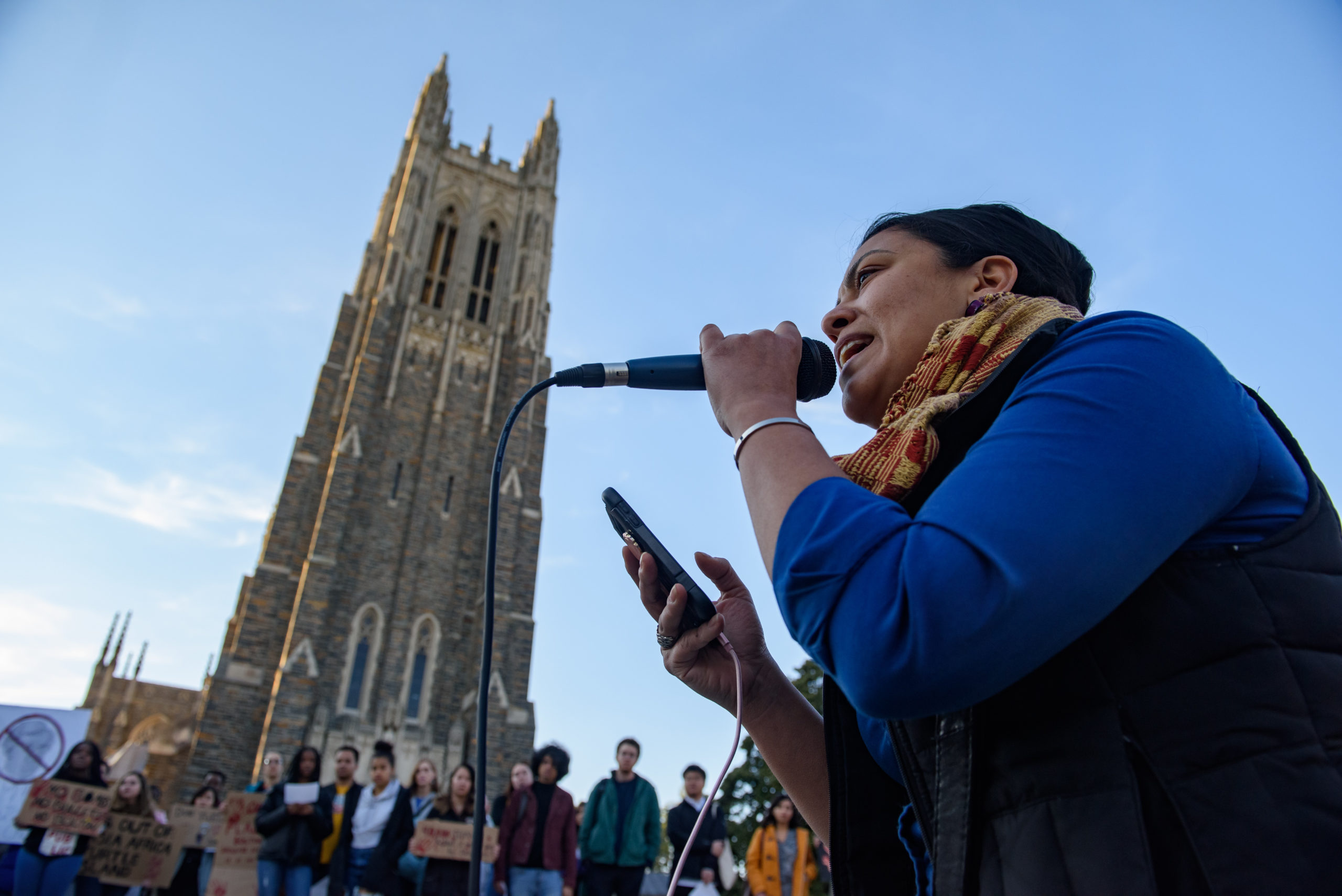 Roxana Bendezu’, founder of Migrant Roots Media, addresses protesters outside the venue where former National Security Advisor John Bolton will discuss the “current threats to national security” during a forum moderated by Peter Feaver, the director of Duke’s American Grand Strategy, at the Page Auditorium on the campus of Duke University on February 17, 2020 in Durham, North Carolina. A sold out crowd joined to listen to reflections from John Bolton’s life’s work. Questions from the audience were offered to Bolton by the moderator. (Photo by Melissa Sue Gerrits/Getty Images)

The book uses “diffractive events” to draw metaphors of “soul work” discussing how light, similar to individuals, come “together, grind, combine, and move through one another,” the introduction read.

“What if we imagined flashes of insight or narrative threads as waves, capable of sweeping through our mind’s eye and ear, hit the pit of our stomach, the base of our genitals, and other body hot spots, on top of one another and occupying the same space temporally, synchronically, and asynchronically?” Decena wrote.

The Duke University Press and Decena did not immediately respond to the Daily Caller News Foundation’s request for comment.