Top Republican and Democrat leaders agreed to work together to halt the possible rail strike on Tuesday after meeting at the White House with President Joe Biden.

Biden asked Congress on Monday to ratify an administration agreement to stop the rail strike before the deadline of Dec. 9. A rail worker strike could lead to nearly 765,000 Americans losing their jobs within two weeks, and have impacts across the American economy, he said in a statement. (RELATED: Biden Asks Congress To Force Rail Unions Into Administration-Brokered Deal As Strike Threat Looms)

The four Congressional leaders agreed to put their differences aside to broker a bipartisan plan to halt the coming rail strike.

“All four of us agreed we’ve got to resolve this rail shutdown as quickly as possible,” Schumer told reporters after the meeting. 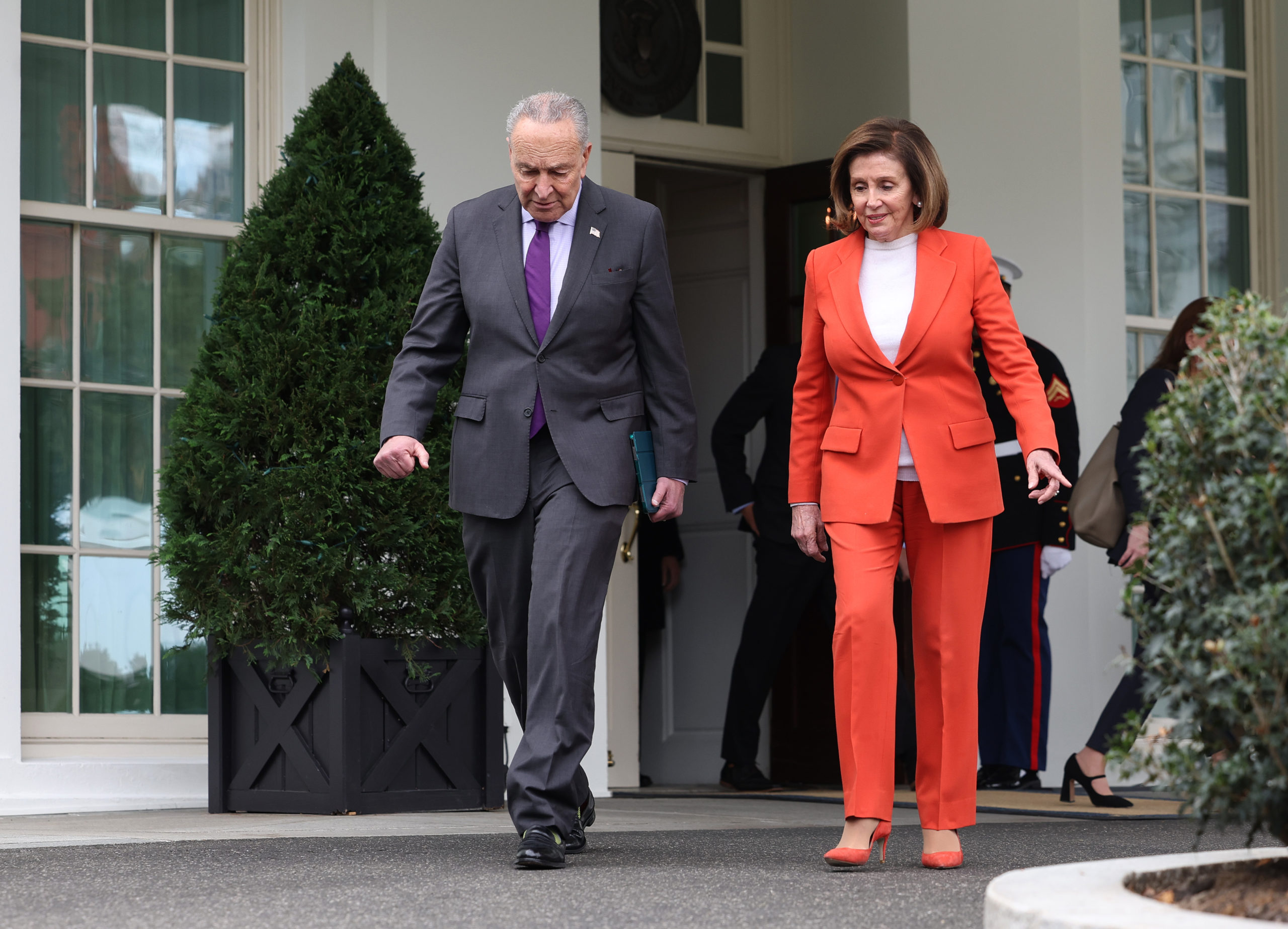 WASHINGTON, DC – NOVEMBER 29: U.S. Senate Majority Leader Charles Schumer (D-NY) and Speaker of the House Nancy Pelosi (D-CA) leave a meeting with U.S. President Joe Biden at the White House on November 29, 2022 in Washington, DC. Biden met with Senate and House leaders to discuss the legislative agenda for the remainder of the year. (Photo by Kevin Dietsch/Getty Images)

“I don’t like going against the ability of the unions to strike,” Pelosi said, adding, “but weighing the equities, we must avoid a strike.”
“Tomorrow morning in the House, we’ll bring up the legislation and send it over to the Senate,” Pelosi continued.
Schumer said that he and McConnell “agreed to try to get it done ASAP.”

McCarthy said that he “can work with anyone who’s willing to work to get our spending under control,” before blasting the White House for going after Elon Musk’s Twitter account.

“I think they should stop picking on Elon Musk,” McCarthy said.

Biden told reporters that “there’s a lot to do, including resolving the train strike.”

The president also mentioned that the leaders spoke about funding the federal government, COVID-19 and the Russia-Ukraine war.

“And we’re going to find other areas of common ground,” he added.