Oath Keepers militia group founder Stewart Rhodes and one other member were found guilty Tuesday of seditious conspiracy related to the Jan. 6 U.S. Capitol riot, according to NBC News.

Rhodes and Kelly Meggs were found guilty of seditious conspiracy and Kenneth Harrelson, Jessica Watkins and Thomas Caldwell were found not guilty, the outlet reported. Watkins was found guilty of civil disorder and aiding and abetting, and the jury convicted Caldwell of tampering with documents or proceedings and aiding and abetting. (RELATED: ‘Willing Collaborator’: Former Prosecutor Slams FBI After Latest Revelations In Danchenko Trial)

The defendants were all found guilty of obstruction of an official proceeding and aiding and abetting, NBC News reported. 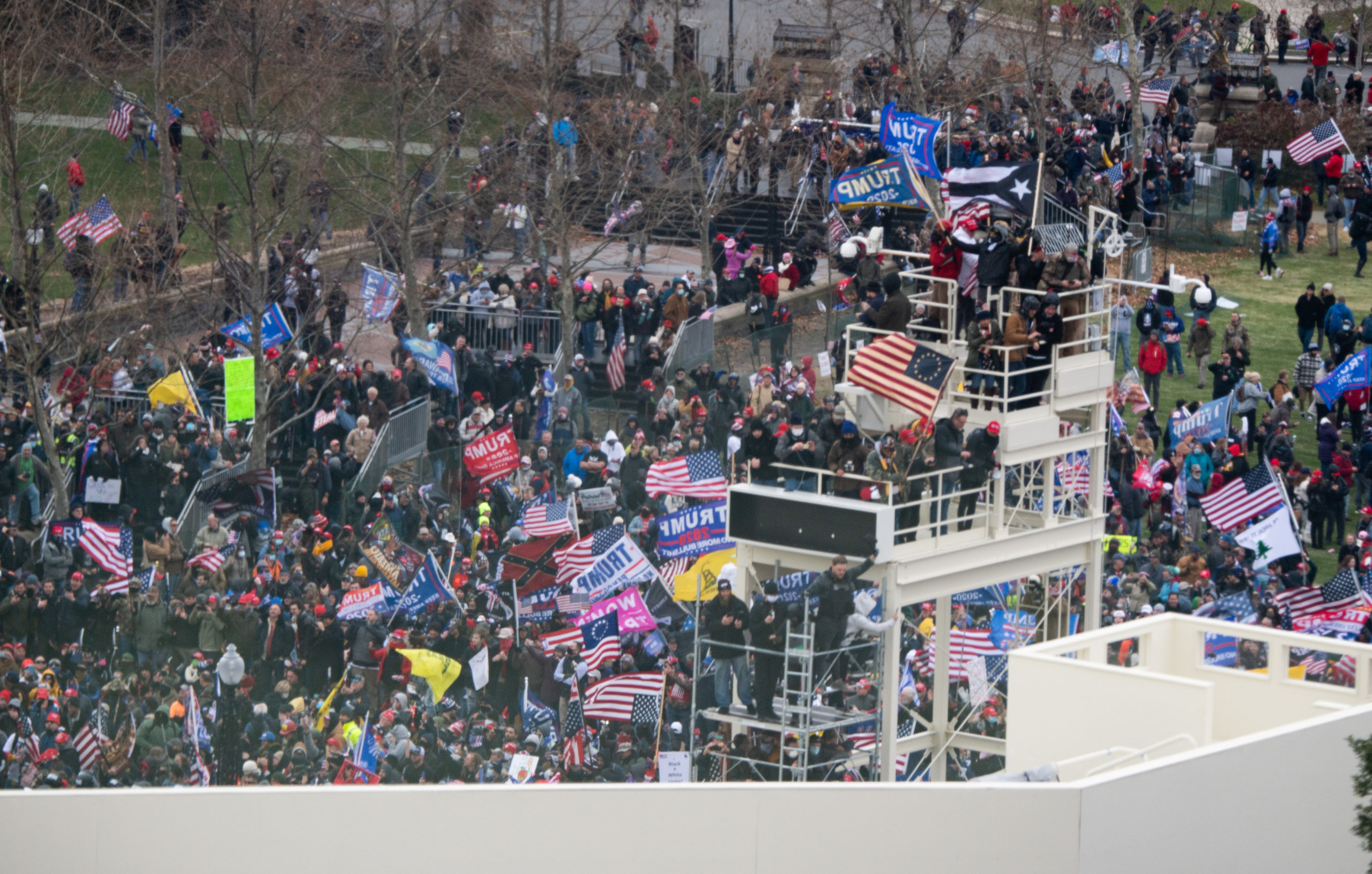 Supporters of US President Donald Trump take over stands set up for the presidential inauguration as they protest at the US Capitol in Washington, DC, January 6, 2021. SAUL LOEB / AFP) (Photo by SAUL LOEB/AFP via Getty Images

Prosecutors argued that the defendants conspired to oppose a peaceful transition of power to former President Joe Biden, claiming that Meggs, Watkins and Harrelson seized the opportunity by going into the Capitol when other rioters broke in, according to NBC News. The prosecution did not prove the existence of a pre-coordinated Capitol-storming plot.

Former Proud Boys leader Enrique Tarrio and four other members of that group are set for trial next month on charges including seditious conspiracy related to Jan. 6, according to The New York Times. Court filings suggested that the FBI may have had up to eight informants within the Proud Boys in the months surrounding the Capitol riot.