UPDATE: This piece has been updated to include a response from law firm Hogan Lovells.

The global law firm Hogan Lovells fired a retired equity partner after she spoke positively about the Supreme Court’s decision to overturn Roe v. Wade in a conference call with other female employees, some of whom expressed anger at her, she wrote in a Tuesday Wall Street Journal opinion piece.

Every other speaker on the company call in June, which had been dubbed a “safe space” for women to talk about the decision, decried the Supreme Court’s Dobbs v. Jackson ruling that month, attorney Robin Keller alleged. Keller said she received “immediate” outrage after she pointed out that many jurists and commentators argued Roe v. Wade had been incorrectly decided, opined that sending the abortion issue to states was right and “referred to numerous reports of disproportionately high rates of abortion in the black community, which some have called a form of genocide,” calling this “tragic.” (RELATED: ‘Women Deserve Better’: Abortion Activists’ Claims About Miscarriage Put Women In Danger, Experts Say)

“The next speaker called me a racist and demanded that I leave the meeting,” Keller wrote. “Other participants said they “lost their ability to breathe” on hearing my comments.” 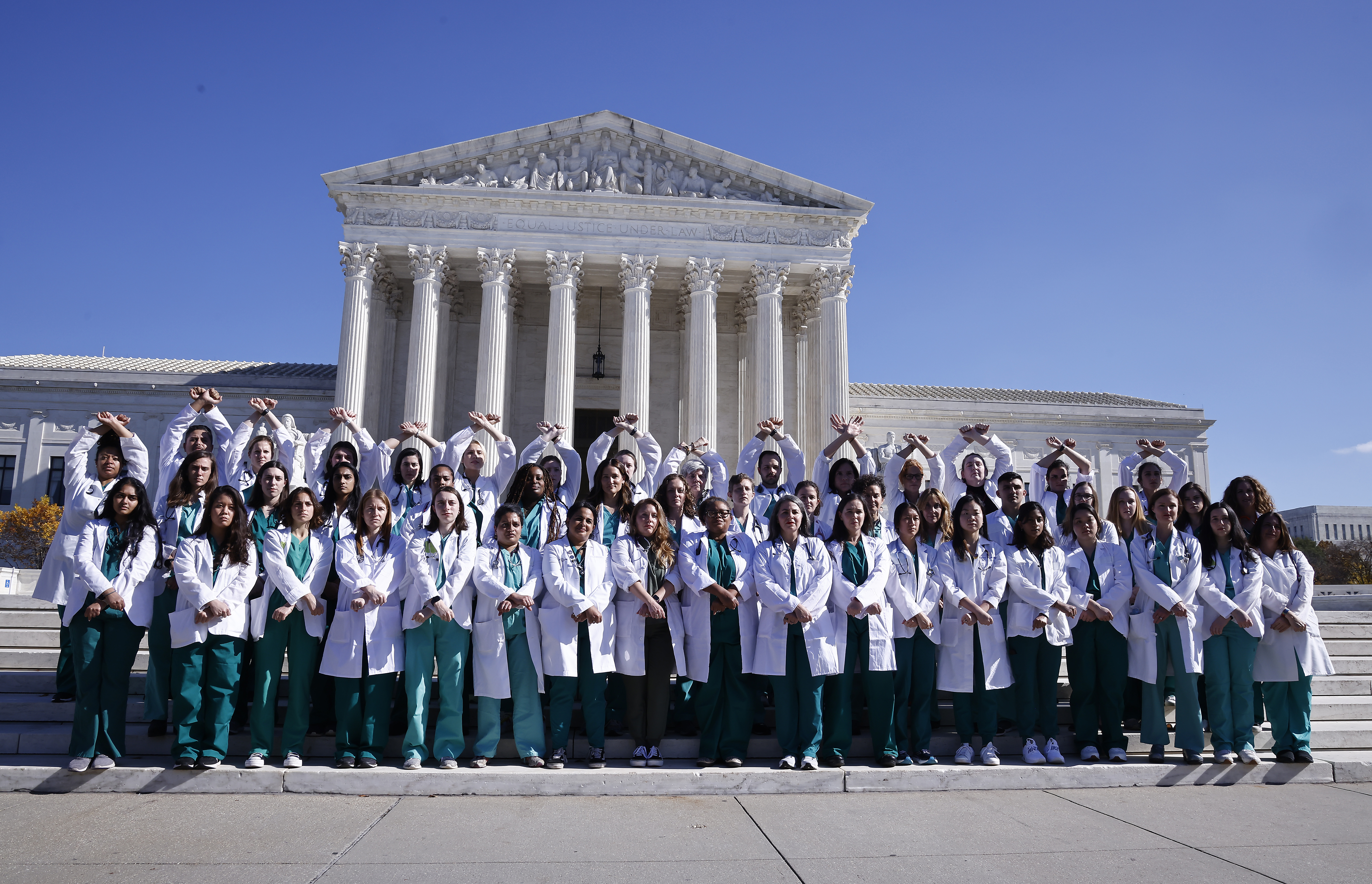 WASHINGTON, DC – NOVEMBER 03: Doctors from across the U.S. stop at the U.S. Supreme Court during an action to protect abortion access and demand an end to the current and future criminalization of providers who perform lifesaving abortion care on November 03, 2022 in Washington, DC. Paul Morigi/Getty Images for Doctors for Abortion Action

Hogan Lovells ranked 12th in revenue among the 200 largest law firms worldwide earlier this year, according to Law.com. The company was created through the merger of the Hogan & Hartson and Lovells firms in 2010 and has offices in many countries.

Keller was still actively serving with clients when the conference call occurred, but Hogan Lovells’ quickly blocked her from contacting them, evicted her from email and document systems and notified its entire U.S. staff that a forum participant was suspended pending further investigation for “anti-Black comments,” she claimed, according to the piece. The firm allegedly issued a statement lamenting her opinions’ effect on forum participants that was published on the website Above the Law, and a source within the firm revealed her name to the media.

A different firm that Hogan Lovells employed to investigate reportedly decided that Keller had violated the company’s anti-harassment policy by citing comments about black abortion rates being “genocide,” Keller said. She had already filed a complaint with Hogan Lovells’ general counsel’s office accusing the firm and the people who attacked her on the call of breaking the policy “by publicly labeling me a racist.”

“My complaint was dismissed, my contracts with the firm were terminated, and other firms, wary of the publicity, blackballed me—all after an unblemished 44-year career,” Keller wrote, calling the response of those on the call who were vehemently against the Dobbs decision “unsurprising.” “Several women on the call—as well as male lawyers at the firm—contacted me later to offer private support for my right to express my views.”

“As a firm we fully encourage our people to share their views on important issues that matter to them, but we expect our people to conduct themselves in accordance with firm policies,” a Hogan Lovells spokesperson said in a statement sent to the Daily Caller News Foundation. “We value our differences, which make us stronger as a firm.”