Creighton University, a private college in Nebraska, told a conservative student group they could not use a pro-gun sign at a recruiting event this November, according to emails obtained exclusively by the Daily Caller.

The sign in question featured an image of an AR-15 and the slogan “print guns, not money” and was worn around the neck of a regional director for the conservative student group Young Americans for Liberty (YAL). The Biden administration has made extensive use of quantitative easing to increase the money supply while also moving to restrict 3D-printed firearms.

JP Kirby, Director of Student Rights at Young Americans for Liberty, told the Caller that the poster was meant to convey that, “the Second Amendment is absolute, people should be able to defend themselves and we’re opposed to the Federal Reserve.”

“They swooped in within 20 minutes and kicked us out,” said Anton Mirzayants, deputy regional director at YAL, who was on campus when the confrontation occurred. “Engagement was going well with the students, I was getting sign-ups there, the student body wasn’t particularly hostile at all, it was just some kind of issue the administrators had,” he told the Caller. (RELATED: ‘No Longer Appropriate’: Prosecutors Want To Criminalize Reading Parts Of The Bible In Public)

In order to use the materials, the school told YAL they would need to register their recruitment efforts as a “controversial event.”

“Back in September, we were told that in order to petition and protest the school’s ban of tasers on campus that we would also have to go through this rigorous intensive process to try to host a ‘controversial event.'” Kirby told the Caller.

Creighton University did not respond to the Caller’s requests for clarification on what constitutes a “controversial event.”

“It’s completely up to their discretion from what I can tell,” Mirzayants told the Caller.

Yet even after getting rid of the offending signage and bringing what Mirzayants described as “the most milquetoast possible recruitment materials” for their second recruiting effort, YAL members were told they could not recruit on campus. 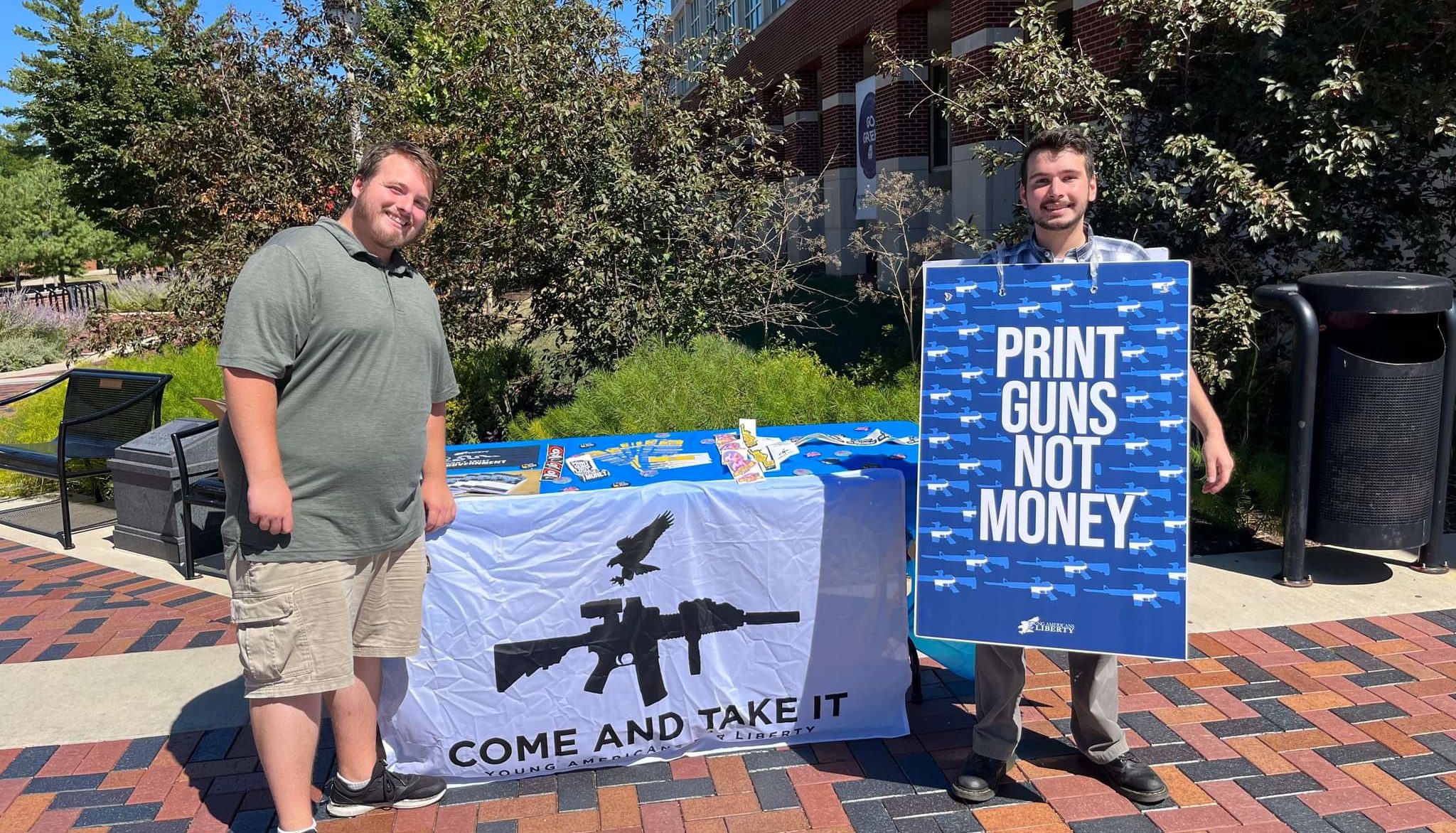 “They’re all over me again within 30 minutes the second time I came back, even though we had the event approved,” Mirzayants said.

According to Mirzayants, school administrators told him he couldn’t walk up to students, couldn’t carry a clipboard and had to stay behind a table when recruiting.

That’s when Mirzayants says a security guard came in to escort him off campus.

Because Creighton is a private university, Mirzayants said he “didn’t push it” when he was told to exit the premises. “It was sort of cordial but insistent,” he said of his interaction with the security guard who removed him from campus.

The fact that Creighton is a private university makes YAL’s next steps after the incidents less clear than if a public school had banned certain political materials.

“In terms of the constitutionality of this situation, as of right now this isn’t a constitutional free speech issue, because it is a private school,” Kirby said, adding that “private institutions still should be held accountable for the double standards they have.”

Creighton University did not respond to multiple requests for comment from the Caller.