French authorities are encouraging citizens to surrender old, unregistered firearms as part of a weeklong nation-wide campaign that ends December 2.

The campaign, which launched November 25, specifically targets heirloom weapons from the two world wars and old hunting firearms, according to the AP. Authorities believe even historical weapons thought to be collecting dust in French attics are still deadly. The nationwide push for their collection follows public outcry stemming from a rise in murders of women by their partners.

“We believe there are about 5 or 6 million weapons that are being kept in an irregular manner by our fellow citizens,” the AP quoted the Interior Ministry’s Central Service for Arms and Explosives’ Jean-Simon Merandat. As many as 80-90% of the weapons are inheritances, the ministry head said.

The French Ministry of the Interior earlier this year announced a “Weapons Information System,” designed as a catalog of “honest people, the holders of weapons who hold them in a regular manner,” Radio France Internationale reported in August. At the time, France had around 5 million gun owners, the outlet noted.

Gun owners turning up at any one of 300 police collection points across the country can either choose to have their weapons registered or leave them with police, Reuters reported. French citizens who willingly surrender their firearms face no penalties, according to Reuters. (RELATED: Miami’s Gun Buyback Will Send Americans’ Weapons To Ukraine) 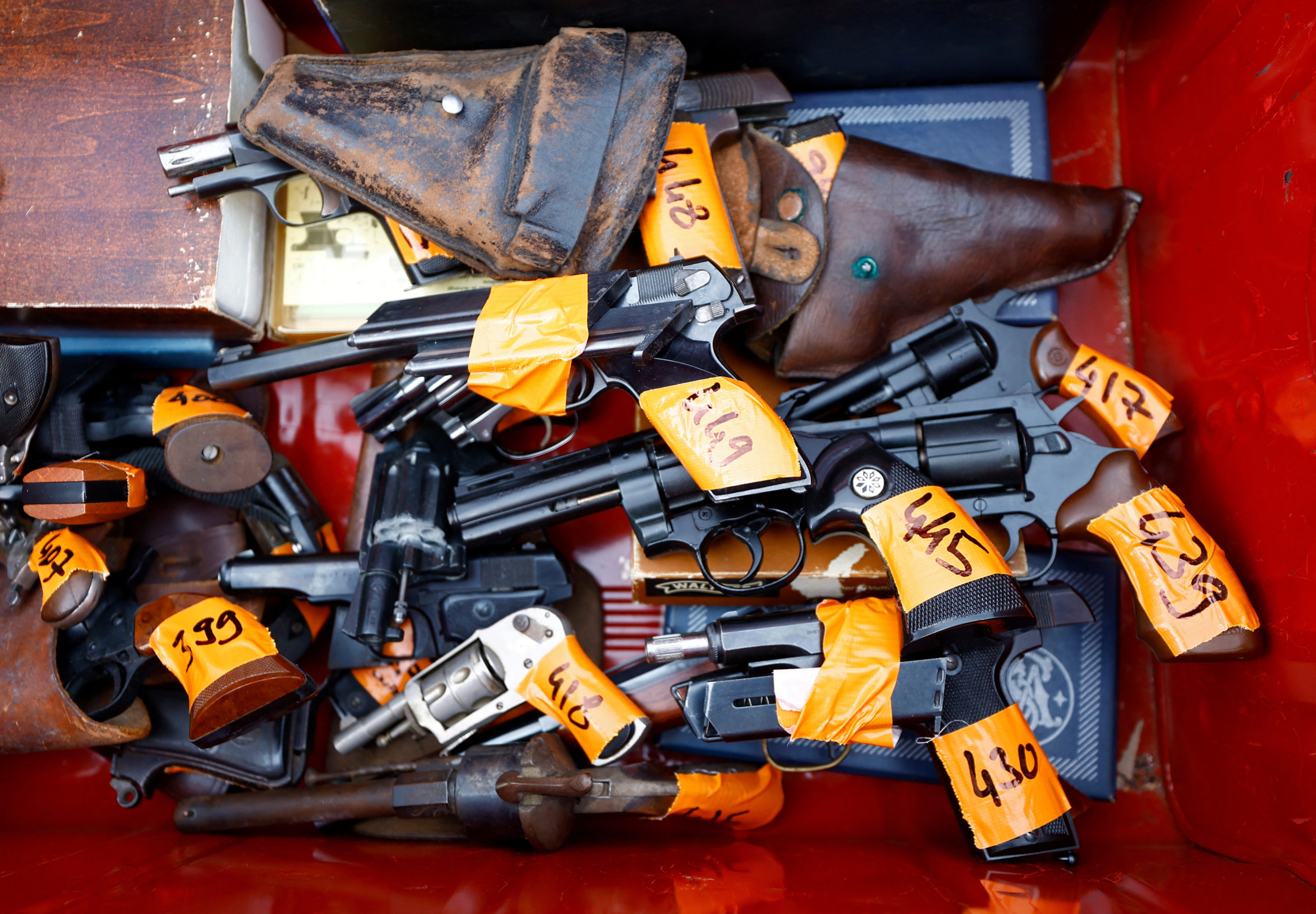 Undeclared firearms owned by residents are seen at a police station in Nice as part of an unprecedented collection campaign organised by French authorities to reduce the number of illegally-held weapons in France, November 30, 2022. REUTERS/Eric Gaillard

Police had collected 65,000 firearms and 1.6 million bullets and other projectiles by Wednesday, the outlet said. Rifles, handguns, ammunition, grenades, and knives are among the items turned in, according to Reuters. Collected weapons will ultimately land in museums or destroyed.