Maher said the younger generation loves “to like blame us. ‘You wrecked the world!’ Yeah, like you’re doing it differently, like you’re not driving? Right, you’re just with Greta on a sailboat all the time. You’re using cars as much as we do, so shut the fuck up! You know what, we’re all decided that we’re just gonna drive over the Grand Canyon and have a great time on our way. And as long as that’s what we’ve decided, I’m not going to be the schmuck driving a three foot car!” 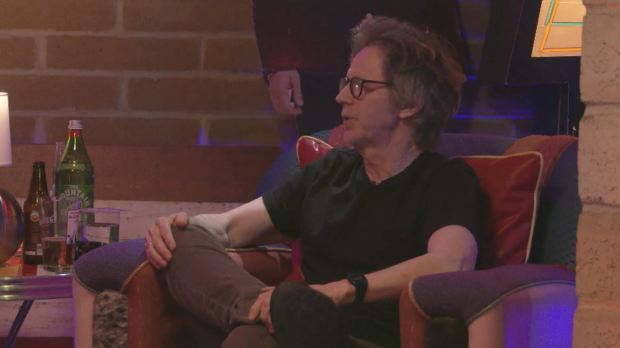 “We are going to do this, basically, we’re going to try to get to the renewables when they’re practical and they can take over for fossil fuels,” Carvey said. “Everyone’s a Republican when the lights go out.”

“Right,” Maher agreed. (RELATED: Bill Maher On Jan. 6 Rioters: ‘Kind Of Can’t Blame Them … They Are Getting Squeezed’)

“Everybody! ‘Where the fuck is my light?'”

Maher then quipped the phrase sounds like it could make a good book cover.

“That sounds like one of those books where they’re standing on the cover with their arms folded. ‘Everyone wants a Republican when the lights go out. My plan to save America.'”