The lawsuit, filed on Nov. 4 by Senator-elect JD Vance and Representative Steve Chabot, as well as the National Republican Senatorial Committee (NRSC) and the National Republican Congressional Committee (NRCC) in an Ohio district court, claims that FEC guidelines which “limits… coordinated party expenditures” violates the First Amendment “by strictly limiting how much of [a party committee’s] own money they can spend to influence federal elections in cooperation- or ‘coordination’- with their candidates.”

“The NRSC and NRCC, along with J.D. Vance and Rep. Steve Chabot, have sued the Federal Election Commission to finally bring an end to the enforcement of unconstitutional restrictions on the First Amendment rights of political parties and their candidates to work freely together to win elections,” NRCC Chairman Tom Emmer told the Daily Caller News Foundation in a statement. 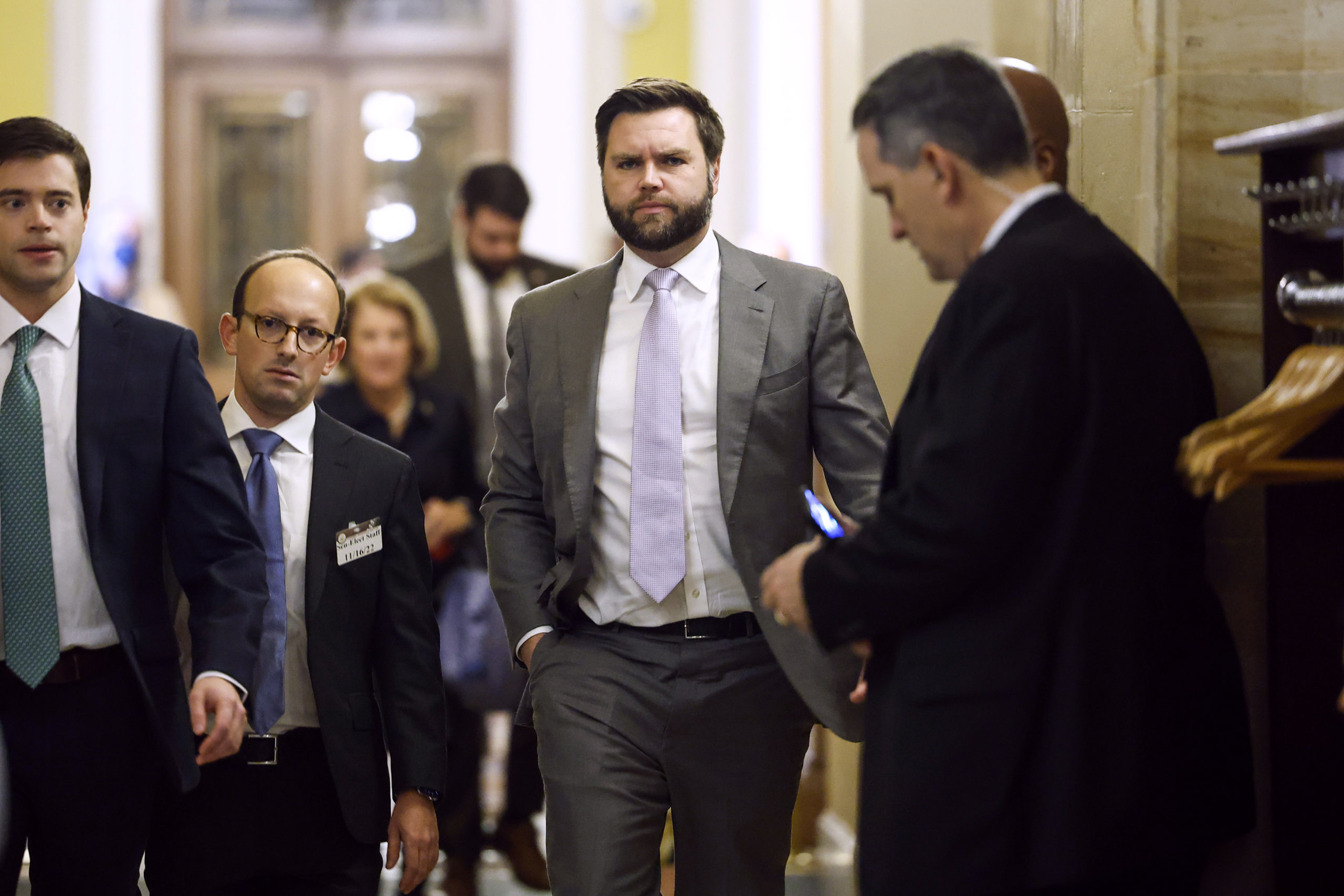 WASHINGTON, DC – NOVEMBER 16: Sen.-elect JD Vance (R-OH) arrives to a meeting with Senate Republicans at the U.S. Capitol on November 16, 2022 in Washington, DC. On Wednesday morning, Senate Republicans will meet to discuss leadership roles for the new Congress. (Photo by Anna Moneymaker/Getty Images)

The plaintiffs are seeking “a declaratory judgment that any limits on political party coordinated expenditures … violate the First Amendment to the United States Constitution, including as applied to party coordinated communications, and are therefore unenforceable,” according to the lawsuit.

They also demand an order stopping the FEC from “enforcing limits on political party coordinated expenditures,” as well as costs and attorney’s fees and “any other relief the Court in its discretion deems just and appropriate.”

The Supreme Court, however, decided in 2001 that limiting such expenses are constitutional to “minimize circumvention of [individual] contribution limits.” (RELATED: Left-Wing Groups Reject Bipartisan Plea For Fully Functional FEC Before 2020 Elections)

Emmer told the DCNF that Supreme Court ruling from the past two-decades “confirm that these limitations are unlawful and should have been struck down years ago.”

“We look forward to prevailing in court so that the political parties and their candidates can once again do exactly what the First Amendment entitles them to do,” he continued.

Vance, Chabot, and the NRSC did not immediately respond to the DCNF’s request for comment.