The Biden administration on Wednesday announced a new proposed rule that will prevent new or newly renovated federal buildings from being powered by fossil fuels by 2030.

The new standards will force the government to use green energy technologies to power its buildings in hopes of cutting carbon emissions and meeting international climate goals, according to an Energy Department (DOE) memo. Starting in 2025, government buildings, which are responsible for roughly 25% of all federal carbon emissions, must also reduce their on-site emissions relating to energy use by 90% compared to 2003 levels. (RELATED: Biden Pledges To Make Almost All Of Nevada’s Southern Tip Off Limits To Development)

“Ridding pollution from our buildings and adopting clean electricity are some of the most cost-effective and future-oriented solutions we have to combat climate change,” said Energy Secretary Jennifer Granholm in a statement.

President Joe Biden is promoting green energy and phasing out fossil fuels throughout the entire federal government, setting a “net-zero” goal for government carbon emissions by 2050, according to a White House fact sheet. The DOE stated that the new regulation could reduce federal buildings’ methane emissions by 22.8 thousand tons and those buildings’ carbon emissions by 1.86 million metric tons over the next 30 years, which is roughly equivalent to the emissions produced by nearly 300,000 homes annually. 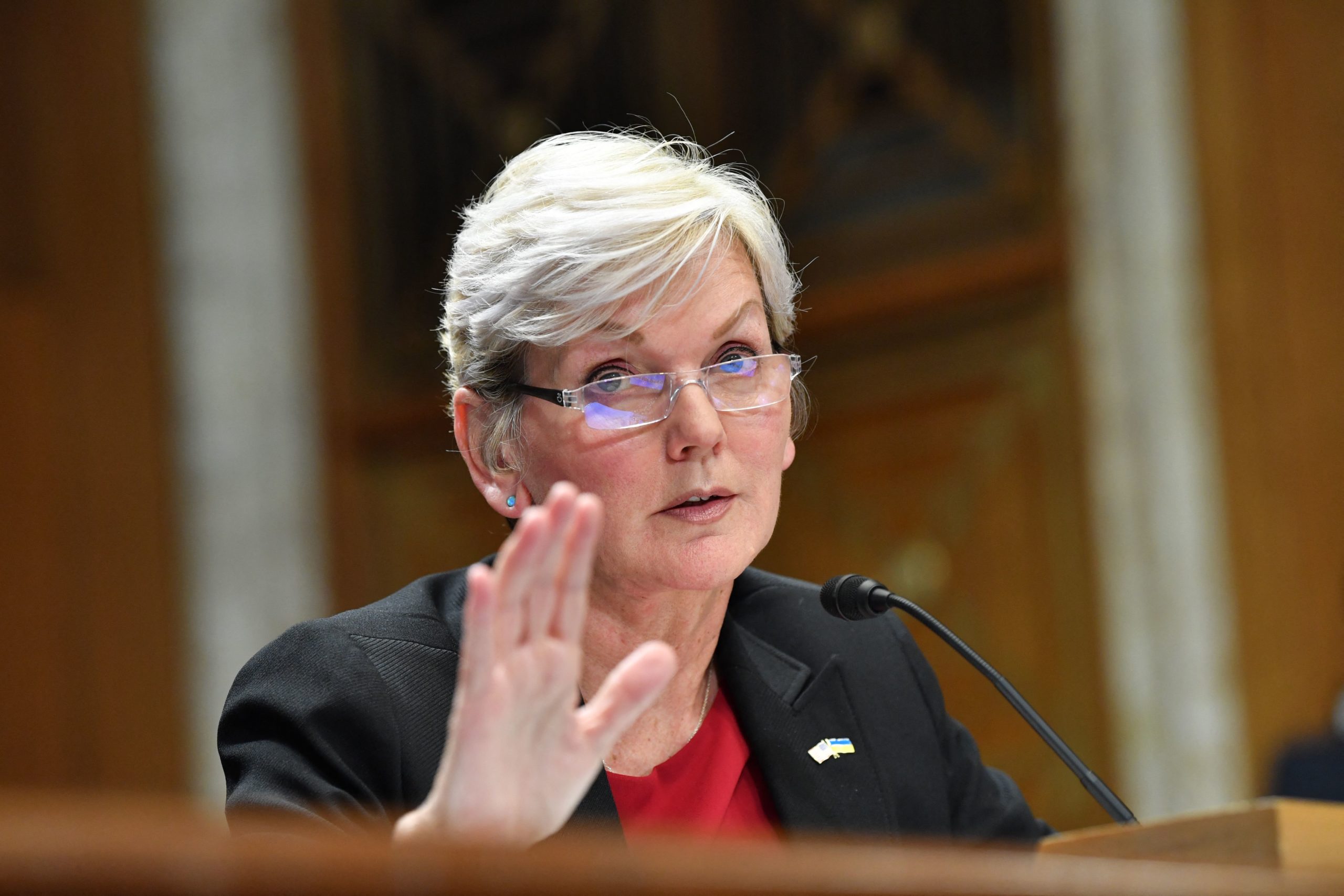 US Energy Secretary Jennifer Granholm testifies before a Senate Committee on Energy and Natural Resources about the 2023 budget for the Department of Energy, May 5, 2022, in Washington, DC. (Photo by NICHOLAS KAMM/AFP via Getty Images)

The move could also save taxpayers $8 million dollars each year in “upfront equipment costs” if the proposal is enacted quickly enough, according to the memo. The Biden administration also announced the creation of a first-ever Federal Building Performance Standard that seeks to cut energy consumption and install green energy equipment in 30% of federal buildings by 2030.

“For the first time ever, DOE is establishing a firm timetable to reduce the government’s carbon footprint in new and existing federal facilities — ensuring the Biden-Harris administration is leading by example in the effort to reach the nation’s ambitious climate goals,” Granholm said.