Just prior to the invasion, Belarus and Russia conducted joint military drills near Belarus’s border with Ukraine. Lukashenko later allowed Russia to use his nation as a staging ground for the invasion. (RELATED: US Closes Embassy In Belarus Amid Worries It Will Back Russia’s Unprovoked Invasion)

Russian ally’s most recent announcement renews earlier fears of Belarusian involvement in the Ukraine war. Belarus has so far stopped short of committing troops to Putin’s war, Reuters reported. The Security Council justified the new movement of troops and military equipment around the country as a counterterror exercise, according to the outlet. Details of troop numbers and types of military equipment were not shared. 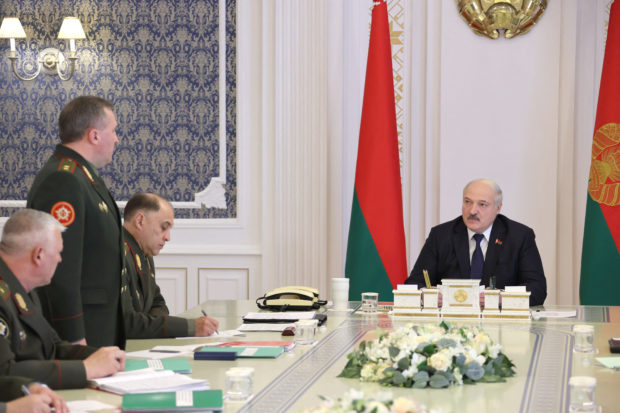 The country plans to shut down roads and transportation links across the country in support of operations, the New York Post said, citing state-run news. Belarus’s announcement came as lawmakers authorized the death penalty in response to “high treason” committed by service members or government officials, the outlet noted. A new law criminalizing the spread of disinformation about the nation’s military also passed Wednesday.