The Army, Air Force, Navy and Marine Corps have separated at least 8,400 active duty and reserve troops for spurning the Department of Defense’s (DOD) August 2021 requirement that all servicemembers receive the COVID-19 vaccine, according to information the DOD provided to the Daily Caller News Foundation. While the compromise legislation released late Tuesday directs the Pentagon to rescind the mandate, it stops short of requiring the military to restore discharged troops to their prior positions or provide reparations.

Republican lawmakers previously threatened to oppose the bill unless it included language effectively overturning the vaccine mandate, but lost out on demands to reinstate discharged troops, according to Defense News. The bill must now pass the House and the Senate before arriving on the president’s desk.

“The Biden administration must go further,” McCarthy said, suggesting that a GOP-led House in the new Congress may spearhead efforts to get separated servicemembers re-enlisted and scrub their records of dishonorable conduct connected to vaccine refusal.

Conservative lawmakers see the vaccine mandate as a significant factor in the military’s struggle to meet recruiting goals, when increasing threats from China and Russia demand enhanced military preparedness.

However, even some Democrats acknowledge that the policy could be outdated as pandemic restrictions have largely lifted across the federal government, paving the way for a compromise. 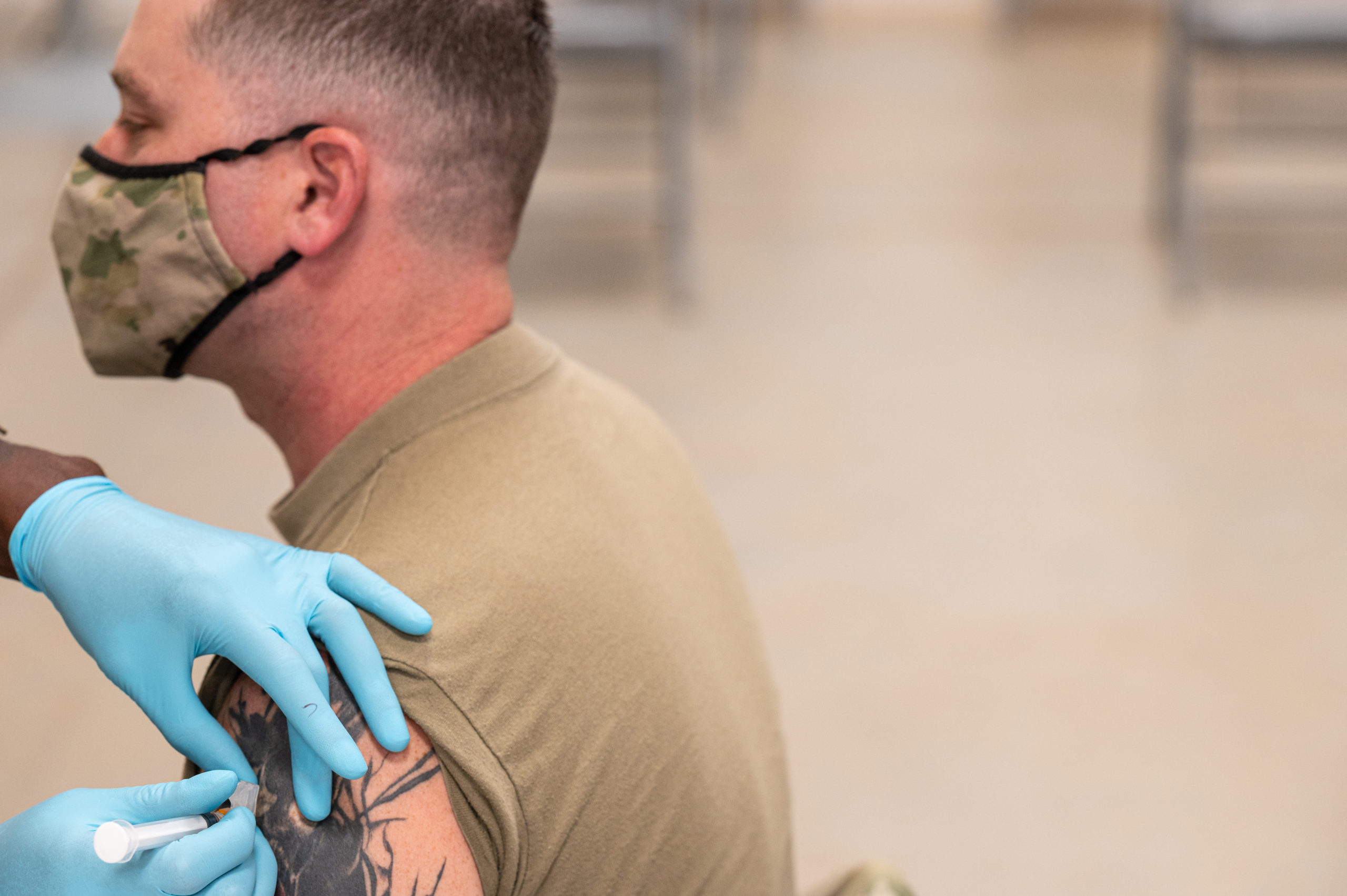 The Marine Corps’ top general gave credence to the argument that the vaccine mandate has hurt recruiting.

“Where it is having an impact for sure is on recruiting, where in parts of the country there’s still myths and misbeliefs about the back story behind it,” Marine Corps Commandant Gen. David Berger said Saturday.

Defense leaders continue to maintain that ensuring the overall health of individual servicemembers, including by receiving complete doses of the COVID-19 vaccine, is a “readiness issue.” The White House on Monday reiterated support for the vaccination mandate, Fox News reported.

However, the Pentagon has fallen under intense scrutiny for imposing the mandate and sluggishly reviewing religious exemptions requests to the mandate.

Every service but the Army is currently under a form of legal injunction against separating or disciplining servicemembers seeking religious exemptions as several cases play out in court. Attorneys for the unvaccinated airmen and sailors say the Pentagon is violating the First Amendment and federal legislation prohibiting discrimination on the basis of religious beliefs.