After speaking out against transgenderism, a California school board member is under fire as community members call for his removal.

“You have a lot of people that have left the school district and a lot of it is over the progressive policies, basically the feeling that the LGBTQ agenda is being shoved down their throats,” Enney told the Daily Caller News Foundation. “I basically made a stand and said I don’t have anything against the gay lifestyle or gay marriage. I have friends who are gay, I’m accepting of that. I honestly don’t understand the bi lifestyle or the queer lifestyle. So I guess I’m tolerant of that. But with transgenderism, I think what I reject is that you’re asking people to participate in a lie, because you can’t be something [you’re] not.”

Enney continues in his Facebook post that he doesn’t support gender mutilation and that transgenderism has entered the schools in an effort to “recruit and convert children.”

If at least 455 signatures on the petition are validated, a special election for Enney’s seat would be in order, however the election would cost the school district about $500,000, KOMO News reported.

“We were just really disappointed in the choice that they had made because we felt that it was a person with more extremist views than what is appropriate for Paso Robles and our school district,” Carey Alvord-Schof, an educator within the school district who started the petition, told the KSBY News.

“There’s a big waste of money,” Jennifer Gringer, the chapter chair of the Moms for Liberty San Luis Obispo County chapter, told the DCNF. “It’s unfortunate because here we are, yet again, the very group that accuses us of being against children is doing something again, that’s harmful to children. They’re taking money away from what could be used on their education and instead forcing an election for a mere two year appointment. That’s a lot of money for two years.” 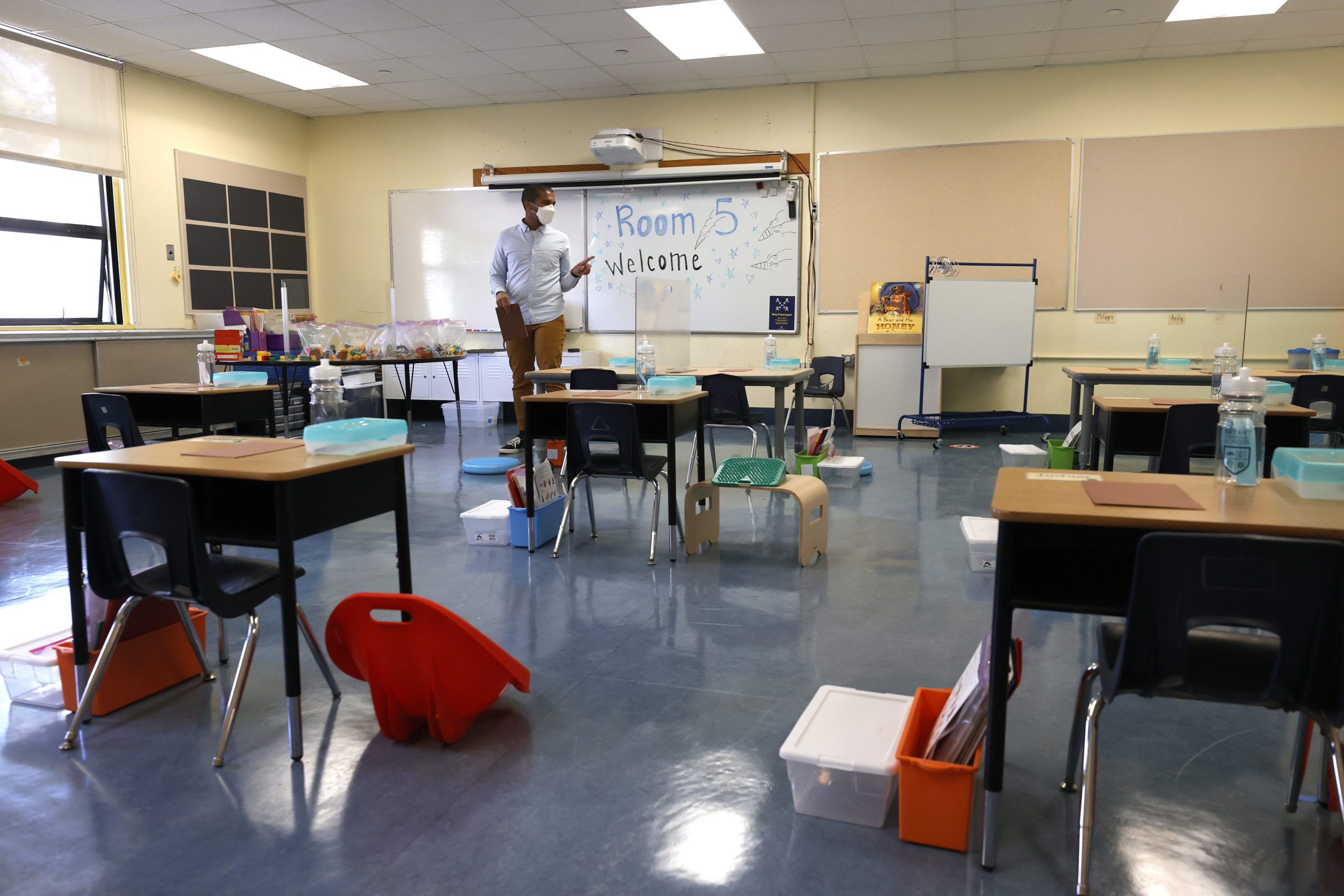 To counter the effort to remove Enney, Gary Lehrer, a member of the San Luis Obispo County Republican Party, started a petition for the community to sign to show their support for Enney. As of Thursday, 258 people have signed Lehrer’s petition.

Lehrer told the DCNF that he plans on looking into the legality of the petition to remove Enney.

“The legality surrounding the effort to terminate his position runs counter to the U.S. Constitution and the petition itself violates law as it is incorrectly worded,” Lehrer told the DCNF. “Frankly I was hoping to set an example to school districts across the nation how to fight against progressives trying to dominate school boards.”

Enney refused the county superintendent and the district superintendent’s request for him to resign and to recant his comments, Enney told the DCNF.

“My background [is] 25 years in the Marine Corps,” Enney told the DCNF. “I used to joke when I was on active duty that they don’t pay me enough to compromise my principles. I’m not getting paid to do this job. I really don’t see myself losing that much. I think it’s more important to make a stand and that’s the other reason why I think the teachers union is going to continue to come after me because they don’t want anybody that’s gonna make a stand. You gotta start somewhere. I may lose the special election. I’m certainly not going to take back what I said, I’m sorry, I’m certainly not gonna resign.”

Paso Robles Joint Unified School District did not immediately respond to the DCNF’s request for comment.