A Wisconsin school board member is suing his own board alleging that the board broke open meeting laws before passing a sexual education curriculum which instructs educators to refer to females as people “with a vulva.”

Mike Meier is suing Wauwatosa school board alleging that the board met in private without Meier to discuss the curriculum prior to passing it. In August, the school board voted 6-1 to approve the “Human Growth and Development” curriculum which advises sixth-grade teachers to refer to girls as people “with a vulva.” (RELATED: What Some Schools Are Teaching Kids Is So Obscene, Parental Rights Activists Can’t Even Read It On TV)

“The Wauwatosa School District is controlled by a faction of the board,” the lawsuit stated. “This faction makes political decisions in secret and retaliates against anyone who challenges them by silencing the public and their elected representatives.”

Meier was the only school board member to vote against the curriculum and alleges that the school board met five times since 2021 to discuss the curriculum without him, according to the lawsuit. Meier warned of legal action in May regarding the potential breaking of open meeting laws and in September, Meier’s motion to rescind the curriculum failed, Fox 6 News reported.

The “Human Growth and Development” curriculum recommends that kindergartners read books on transgenderism including “Sparkle Boy,” a story about a boy who would rather dress and act like a girl, and “Not All Princesses Dress In Pink,” a book about how young girls don’t have to always like girl activities. In third grade, students learn about gender identity, pronouns and sexual orientation. 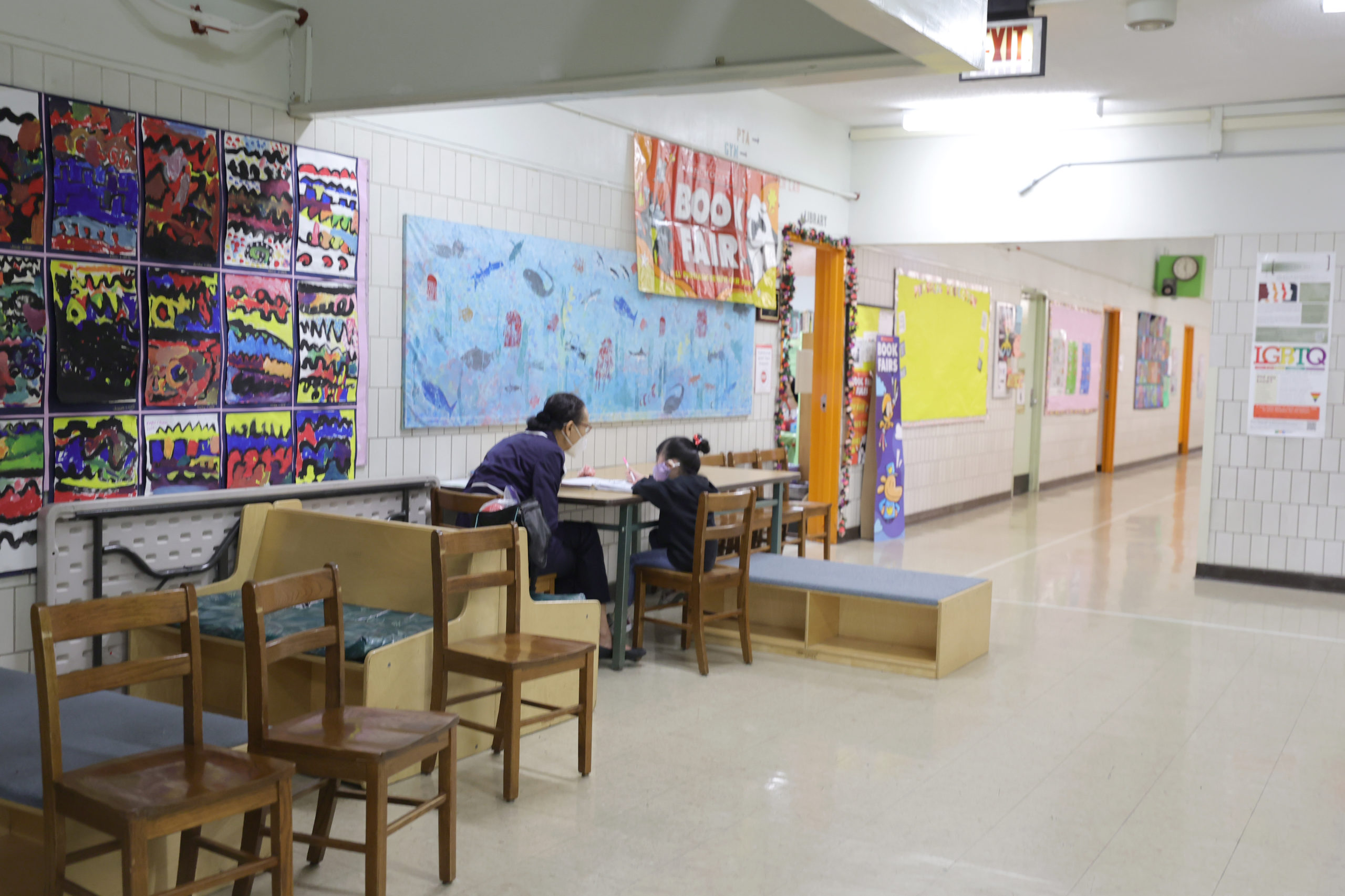 A Pre-K student sits with a teacher outside a classroom at Yung Wing School P.S. 124 on March 07, 2022 in New York City. (Photo by Michael Loccisano/Getty Images)

“Legal counsel has been retained to represent the School Board and the District in this matter,” the Wauwatosa School District wrote in a statement on its website. “When updates become available, they will be provided by legal counsel in open session at public School Board meetings.”

The Wauwatosa School District referred the Daily Caller News Foundation to their statement when asked for comment and Meier’s attorney did not immediately respond to the DCNF’s request for comment.