The White House issued a statement after Arizona Sen. Kyrsten Sinema announced she would be leaving the Democratic Party, saying the administration expects to “work successfully with her.”

Sinema announced Friday that she would be changing her party affiliation to Independent, but that the change would not alter her “values” or “behavior,” according to an interview with Politico. Democrats hold a narrow majority in the Senate.

White House press secretary Karine Jean-Pierre said in a statement, “We understand that her decision to register as an independent in Arizona does not change the new Democratic majority control of the Senate, and we have every reason to expect that we will continue to work successfully with her.” 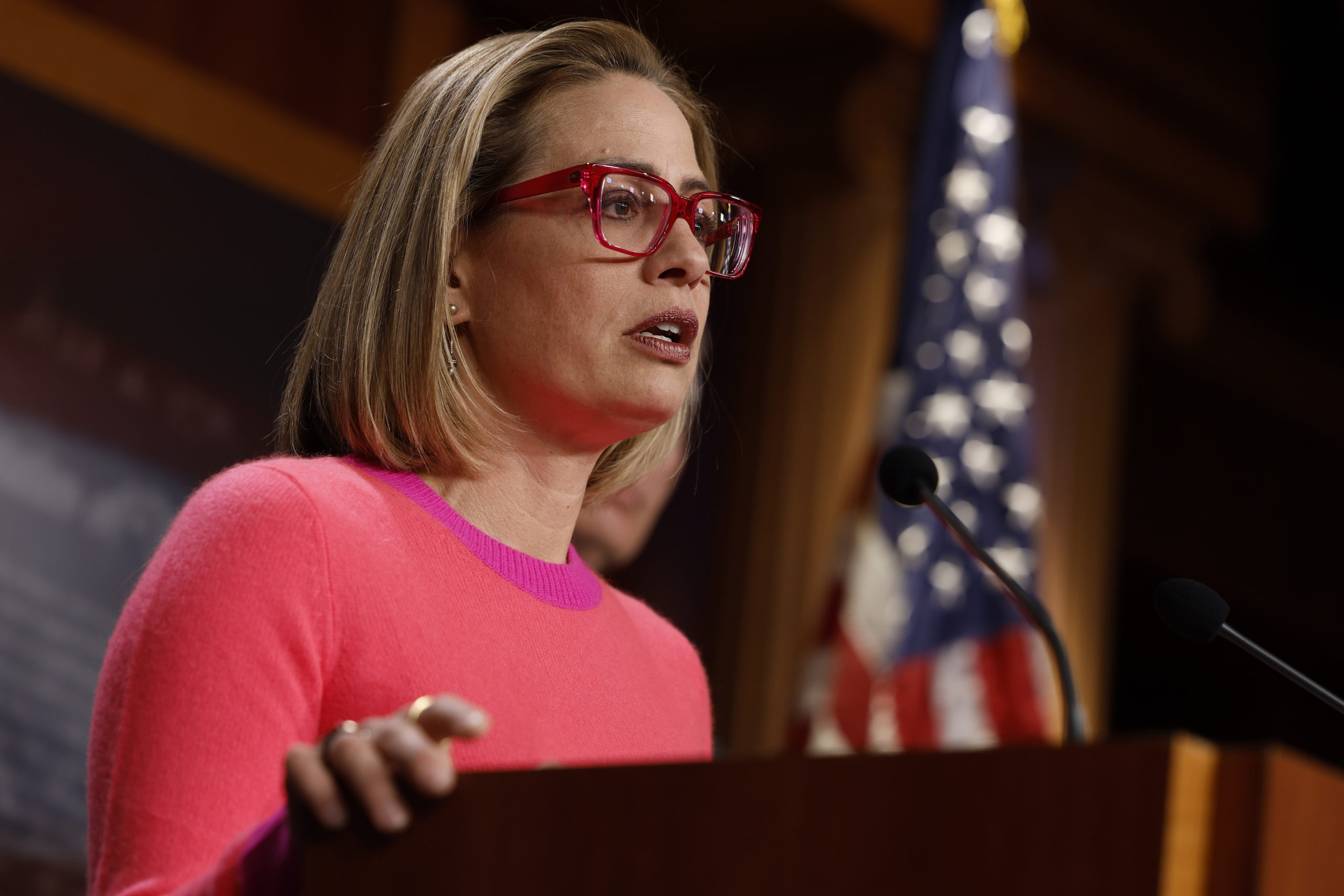 WASHINGTON, DC – NOVEMBER 29: U.S. Sen. Kyrtsen Sinema (D-AZ) speaks at a news conference after the Senate passed the Respect for Marriage Act at the Capitol Building on November 29, 2022 in Washington, DC. In a 61-36 vote, the measure would provide federal recognition and protection for same-sex and interracial marriages. (Photo by Anna Moneymaker/Getty Images)

President Joe Biden had personally met with Sinema on numerous occasions to push his agenda through the 50-50 Senate before the midterms, when she and Democratic West Virginia Sen. Joe Manchin had the deciding votes. Sinema stood in the way of Biden rolling back some of the Trump administration’s tax cuts and was a key player in negotiations on the Build Back Better Act. (RELATED: The Left Rushes To Defend Sinema’s Bathroom Harassers)

Jean-Pierre added, “Senator Sinema has been a key partner on some of the historic legislation President Biden has championed over the last 20 months, from the American Rescue Plan to the Bipartisan Infrastructure Law, from the Inflation Reduction Act to the CHIPS and Science Act, from the PACT Act to the Gun Safety Act to the Respect for Marriage Act, and more.”