The market share of electric vehicle sales in the U.S. jumped from 3.2% in 2021 to 5.8% in 2022, as manufacturers took aggressive steps to promote their electrified products in the U.S., according to the WSJ. Despite this blistering pace of growth, the U.S. lagged behind China and Europe, where roughly 19% and 11% of new vehicle sales were fully electric, pushing the global market share to 10% for the first time.(RELATED: Top Execs Depart Floundering Electric Vehicle Startup)

“Last year, every fourth vehicle we sold in China was a plug-in, and this year it will be every third auto,” Ralf Brandstätter, head of Volkswagen’s business in China, told the WSJ. “We haven’t reached the tipping point yet, but we’re expecting to get there between 2025 and 2030.”

Whether car companies can carry this momentum into 2023 remains to be seen however, as subsidies for electric vehicles are rolled back in Europe and the price of electricity continues to climb, according to the WSJ. With business leaders increasingly expecting an economic downturn in 2023, demand for new cars is likely to take a hit, potentially forcing car companies to cut prices and sacrifice profits in 2023 to entice customers to purchase new vehicles.

Several automakers, including BMW, Ford and the Mercedes-Benz Group saw electric vehicle sales double in 2023, despite flagging sales overall, the WSJ reported. Tesla retained its crown for selling the most all-electric vehicles worldwide, even as the company’s stock plummeted amid production issues, missed deliverables, and controversies surrounding CEO Elon Musk. 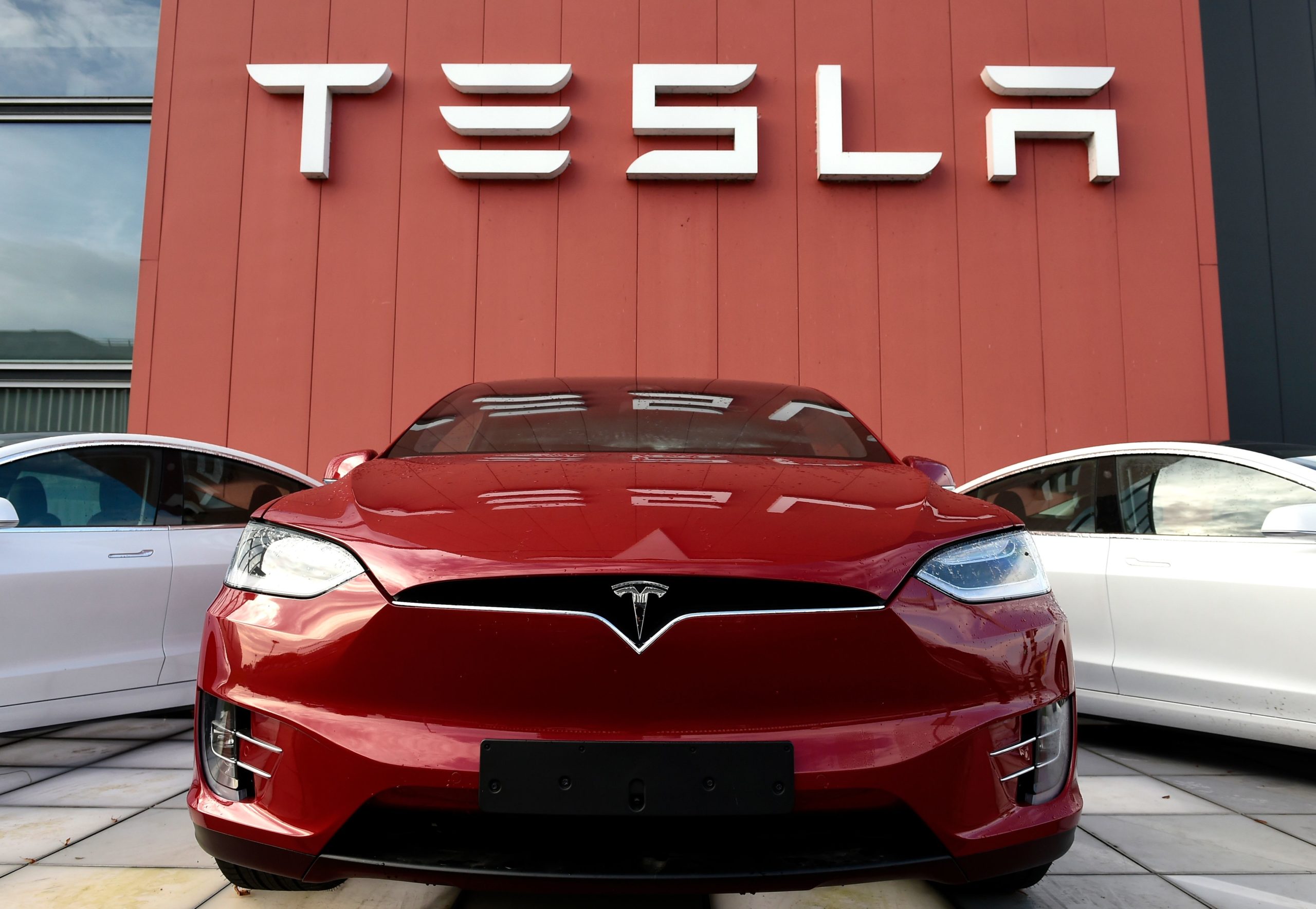 The logo marks the showroom and service center for the US automotive and energy company Tesla in Amsterdam on October 23, 2019. (Photo by JOHN THYS/AFP via Getty Images)

New vehicle sales fell roughly 1% on the year to 80.6 million vehicles worldwide, with declining sales of 7% in the U.S. and 8% in Europe being offset by a 4% sales surge in China, the WSJ reported. China represented two-thirds of all fully electric sales in 2023 as both foreign and domestic automakers sought a bigger slice of the world’s biggest electric vehicle market.

Despite this, automakers posted sizable profits in fiscal year 2022, according to the WSJ.