Ineitha Lynnette Hardaway, the “Diamond” of the “Diamond and Silk” political commentary duo, died of heart disease and chronic high blood pressure, according to a report published Monday that revealed her cause of death for the first time.

Diamond died at the age of 51 on Jan. 8 just weeks after a Twitter account belonging to the pro-Trump sisters asked “anyone who believes in the power of prayer” to “please pray for Diamond.”

Diamond’s cause of death was not released by her family, but the Associated Press (AP) received a copy of the death certificate, which contained the information. The certificate was signed by a local doctor but no autopsy was performed, according to AP. (RELATED: Diamond and Silk Explain Why They’re Voting Republican On November 6 [VIDEO]) 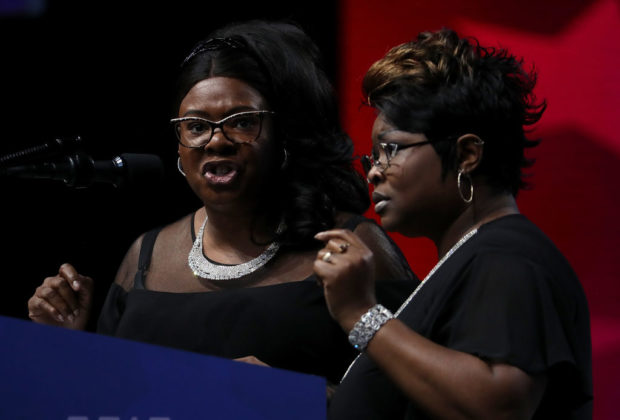 DALLAS, TX – MAY 04: Lynette Hardaway and Rochelle Richardson, also known as Diamond and Silk, speak at the NRA-ILA Leadership Forum during the NRA Annual Meeting & Exhibits at the Kay Bailey Hutchison Convention Center on May 4, 2018 in Dallas, Texas. (Justin Sullivan/Getty Images)

During a celebration of life for Diamond on Saturday, her sister, Silk (whose real name is Herneitha Rochelle Hardaway Richardson) recounted the moments that led to Diamond’s death. Silk said she noticed that Diamond looked strange after returning to her North Carolina home from a relative’s birthday celebration, according to AP. Diamond then yelled out that she couldn’t breathe, and Silk and her husband began performing CPR while first responders rushed to the scene, according to the report.

Silk speculated that her sister’s death was due to the COVID-19 vaccine, despite Diamond having not received it. Silk also suggested Diamond was “poisoned” by another person who was vaccinated, according to AP.