At the urging of Valerie Jarrett, President Barack Obama canceled the operation to kill Osama bin Laden on three separate occasions before finally approving the May 2, 2011 Navy SEAL mission, according to an explosive new book scheduled for release August 21. The Daily Caller has seen a portion of the chapter in which the stunning revelation appears.

In “Leading From Behind: The Reluctant President and the Advisors Who Decide for Him,” Richard Miniter writes that Obama canceled the “kill” mission in January 2011, again in February, and a third time in March. Obama’s close adviser Valerie Jarrett persuaded him to hold off each time, according to the book.

Miniter, a two-time New York Times best-selling author, cites an unnamed source with Joint Special Operations Command who had direct knowledge of the operation and its planning. 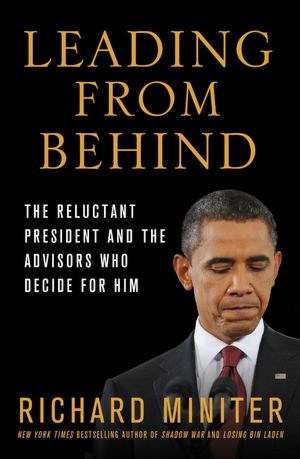 Obama administration officials also said after the raid that the president had delayed giving the order to kill the arch-terrorist the day before the operation was carried out, in what turned out to be his fourth moment of indecision. At the time, the White House blamed the delay on unfavorable weather conditions near bin Laden’s compound in Abbottabad, Pakistan.

But when Miniter obtained that day’s weather reports from the U.S. Air Force Combat Meteorological Center, he said, they showed ideal conditions for the SEALs to carry out their orders.

“President Obama’s greatest success was actually his greatest failure,” Miniter told The Daily Caller Friday. “Leading From Behind,” he said, traces the arc of six key Obama administration decisions, and shows how the president made them — and, often, failed to make them.

Another chapter, he told TheDC, concerns the push to pass the Affordable Care Act. The president, Miniter said, was less interested than then-House Speaker Nancy Pelosi in passing his own signature legislative achievement.

Osama bin Laden steered the global operations of the al-Qaida terror network until his death last year at the hands of the U.S. Navy’s SEAL Team Six. The president and his surrogates have made the terrorist leader’s death a focal point in Obama’s re-election campaign, painting Obama as a decisive leader who took down America’s greatest mortal enemy.