Philadelphia police officer Jesse Hartnett was ambushed by a man who proclaimed allegiance to ISIS Thursday night, was wounded and then gave chase, shooting the jihadist.

Hartnett then pursued the 30-year old suspect, who was later apprehended by other officers.

The handgun used in the shooting was a stolen police firearm. 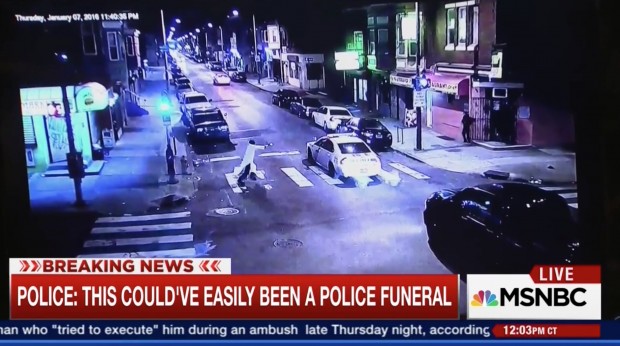 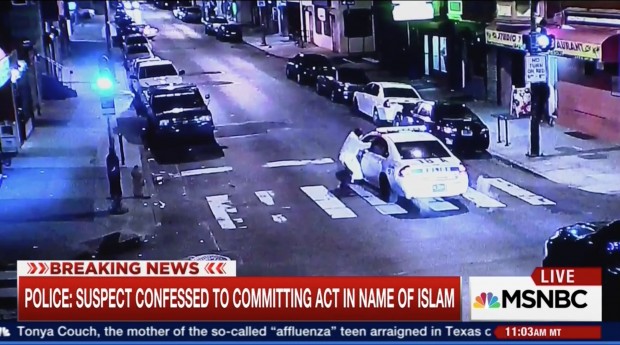 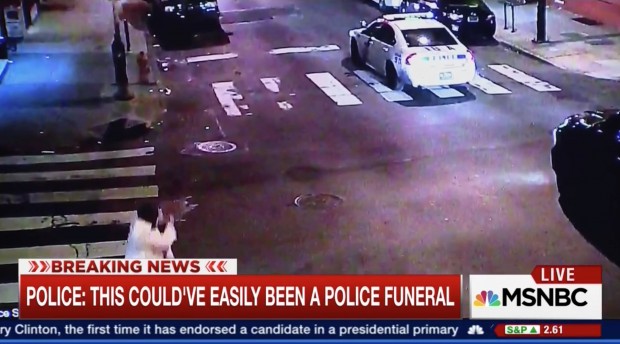 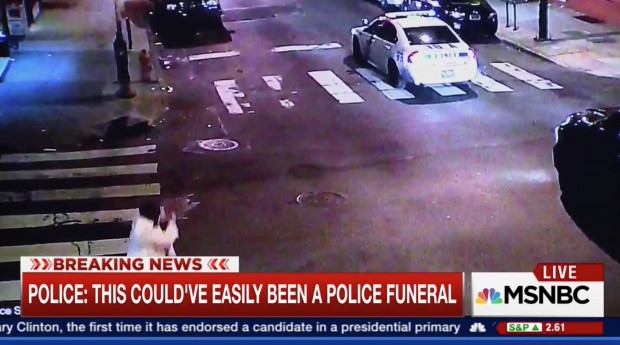 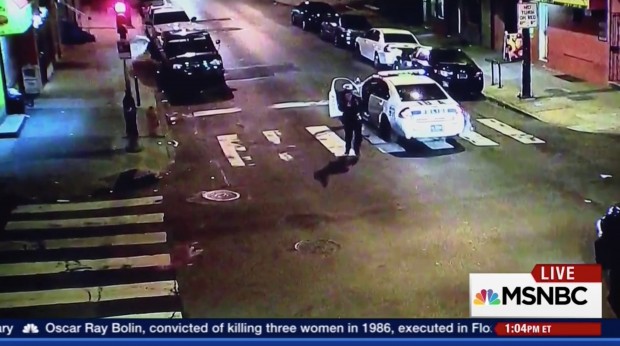