President Barack Obama is expected to cover a wide range of topics topics Tuesday during his last State of the Union, and it’s pretty unlikely that one of them will be exploding health care costs under Obamacare.

Freedom Partners, an Arlington, Va.-based conservative non-profit, reported Sunday that premiums in the individual market place will jump in all but one state (Mississippi).

The calculations, which were mostly weighted by carrier membership for plans offered in the exchange, found the majority of states will face double-digit increases – with 17 states seeing premiums rise 20 percent of more. 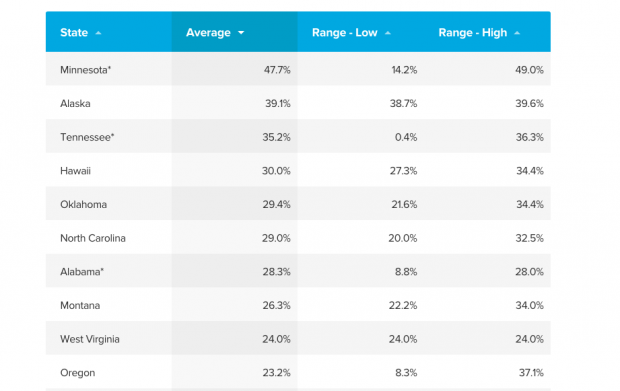 While the president has consistently touted that Obamacare lowers costs and expands health care access, research shows in addition to raising premiums, it has increased costs for small businesses and caused many Americans to lose access to their doctors. (RELATED: Obamacare Premiums To Soar Three Times Faster Than Feds Claim)

Congress sent a bill designed to unravel key components of the legislation – including the elimination of the individual and employer mandates, the Cadillac tax and the medical device tax — to Obama’s desk Wednesday. The president, however, vetoed it Friday.

House Speaker Paul Ryan said a vote will be held by the end of January to override the veto. He also promised a plan to repeal and replace Obamacare before the end of the year during his first major address to Congress in December.