In a op-ed written for The Daily Beast, the 40-year-old comedian said she sat down with representatives from the Media Action Network for Asian Americans, the Anti-Defamation League, the NAACP, the National Hispanic Media Coalition, American Indians in Film & Television and the Council on American-Islamic Relations.

“We had an honest discussion about whether or not it’s funny, appropriate, helpful, or hurtful to traffic in ethnic, racial, and religious stereotypes,” Handler said. (RELATED: No Black Actors Nominated For An Oscar)

Handler said they all “ended up smiling and laughing about examples of politically incorrect humor because they could see she was sincerely joking.” 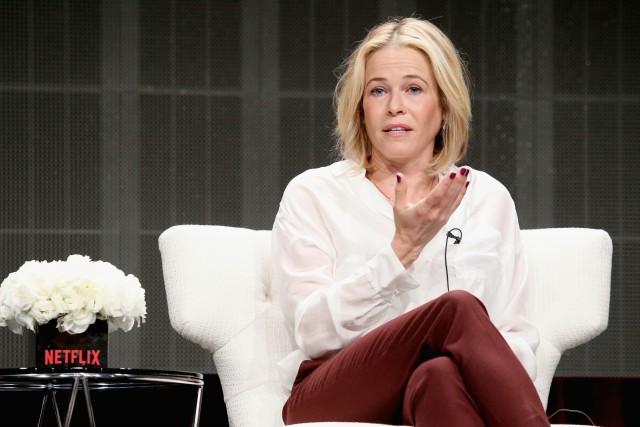 “Americans have given political correctness a try and it’s not working,” Handler wrote. “We’re better off just saying what’s on our mind…and thinking about it before we say it…and laughing about it after we say it.”

“Obviously, we don’t want a nation full of nasty racists and heartfelt misanthropes trumpeting their spite on proud public display, but we do want people to be able to honestly express themselves and know the difference between humor and malice,” she added.

“This is America, after all, and the First Amendment deserves to come first.” (RELATED: Jada Pinkett-Smith Is Boycotting The Oscars Because They’re Too White)

“I’m begging you, America: make fun of this Jew-Mormon girl whose grandfather was a soldier in Hitler’s German army. I have a sense of humor and I prefer to sit Indian-style while using it.