A slew of states became significantly more Republican under President Barack Obama’s two terms, according to a new Gallup poll.

The Wednesday poll asked respondents about their party affiliation and found there are now more Republican states than Democratic states, the first time this has happened since Gallup began tracking eight years ago.

“This is the first time in Gallup’s eight years of tracking partisanship by state that there have been more Republican than Democratic states,” the poll states. “It also marks a dramatic shift from 2008, when Democratic strength nationally was its greatest in recent decades.”

During the 2008 peak for Democrats, 35 states were solidly Democratic or Democratic leaning. Under Obama, that number has dropped significantly. 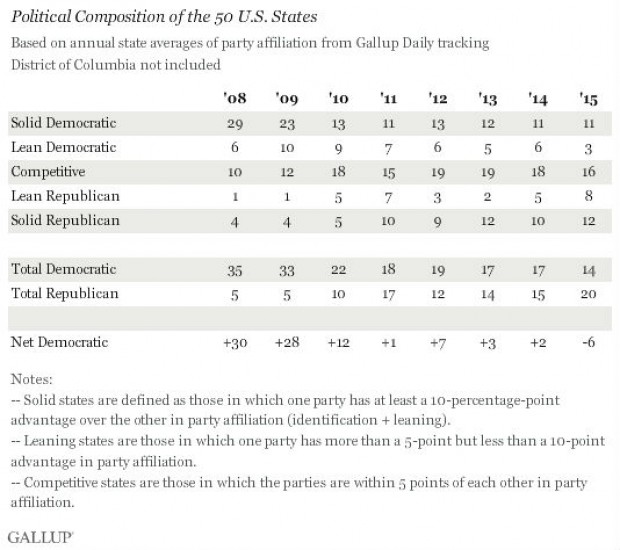 Despite having fewer states, Democrats still have a slight national majority because of more populous states like California and New York. About 43 percent of Americans say they are Democrats while 40 percent say they are Republicans.

Wyoming is the most Republican state, while Vermont and Hawaii are most Democratic.