In a rare show of affection between debate moderator and participants, MSNBC host Rachel Maddow hugged Hillary Clinton and Bernie Sanders after questioning them both.

Fox News’s Brit Hume found such an obvious and affectionate embrace to be unique.

Rachel Maddow embraces both Clinton and Sanders at end of debate. I don't think I've ever seen a moderator do that before. 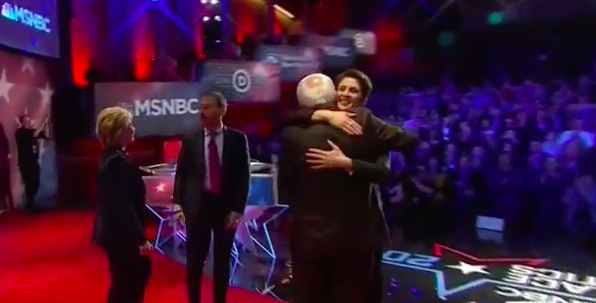