A new poll shows Americans’ faith in the country’s military power is shrinking.

Gallup said the poll “also marks a significant downturn from last February, when 59% said the U.S. was the world’s top military power.” 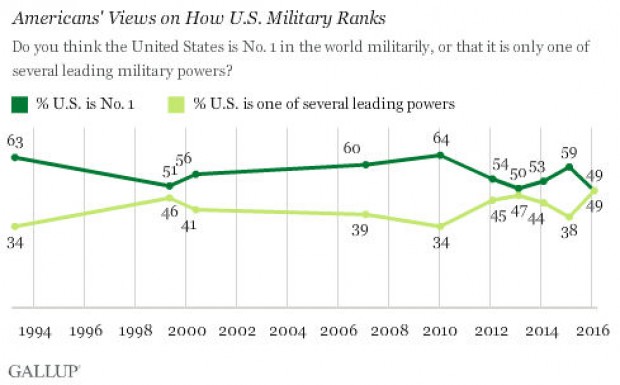 While the U.S. does have the strongest military in the world, the perception of American weakness could play a major roll in the 2016 election. The sequester has lead to a recent cut in military spending, but the U.S far outspends the rest of the world. The U.S’s strength is followed by Russia and China.