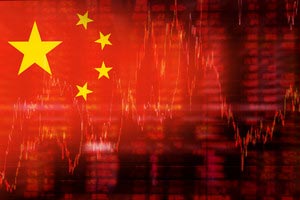 Thanks a lot China! The markets were forecasting another volatile day for the Dow Jones Industrial Average thanks to weakness in the Asian stock markets. Just when you thought that China might turn a corner due to its never-ending stream of monetary stimulus, a terrible economic report blows those hopes out of the water. This morning’s bad news is that the nation’s exports declined 25.4% on-year in February. That’s the fastest and worst annual decline since May 2009, near the height of a global trade crisis. How will China react? Expect more stimulus from a central bank looking to pull out every bazooka possible to stave off an even worse economic fallout.

Dow Jones futures forecast a 109-point decline after weak economic data from China pointed to lackluster global trade. A light economic calendar is pushing traders to focus on Thursday, when the European Central Bank meets to discuss monetary policy.  With global growth flatlining, you can get ahead of the next round of multitrillion-dollar stimulus with this exchange-traded fund (ETF) and start profiting immensely. Check it out, right here.

Here’s a breakdown of why the Dow was in motion this morning.

Investors wonder if we’re heading for a stock market crash, correction, or bear market. Here’s what our Money Morning experts predict will happen in 2016…