Responding to Sen. Bernie Sanders’ claim that he is a “pathological liar,” Donald Trump fired back by claiming that Sanders was “lying” about the role some of his supporters played in disrupting Trump’s rally in Chicago last Friday.

In an interview with CNN’s Wolf Blitzer on Monday, Trump said, “Well look, he was a terrible senator, now he’s running and he hit a hot streak a little bit, but he’s failing and he’s gonna fail ultimately I guess.”

“Once I focus on them, right now I’m focused… getting over the finish line,” Trump claimed. Reiterating, “Bernie was a terrible senator. Did very little as a senator. You know, people don’t realize this, ask him what legislation he got passed. Ask him what he did. You know, it’s wonderful to say he’s a socialist and he’s all of these things, but ask him what he got done. And I know he talks tough and he talks big now, but if I meet him in the election, he won’t be talking so big. That I can tell you.”

Blitzer followed up saying that Sanders “called you a pathological liar because he called him a communist. Do you want to revise that?”

“Well, I also called him somebody that I think is lying because a lot of the people that stand up and make fools out of themselves and disrupt my meetings, they have Bernie Sanders signs printed right by the same people that print his signs,” Trump said. Adding, “But I don’t really think much of Bernie Sanders. He’s going nowhere and he’ll be going back to being a bad senator again. But that’s what he was. He was a senator that did not do a good job.”

Trump was referring to the protesters that broke up his campaign rally on Friday in Chicago, some of whom had Sanders signs. (RELATED: Trump Cancels Chicago Event Amid Chaos, Safety Concerns) 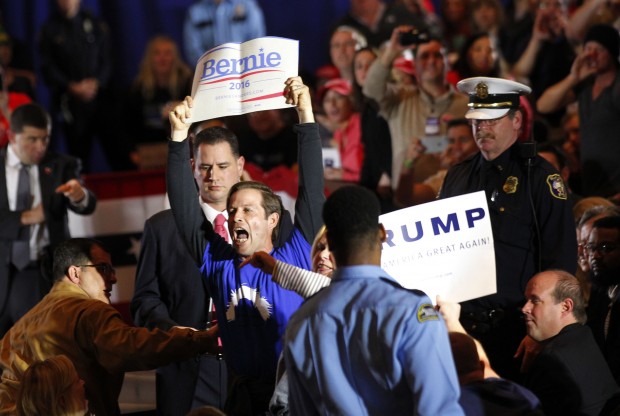 1
Chinese Markets Reopen — And They Still Sell Bats, Dogs And Cats
World
2
'That's Enough': Trump Attacks, Then Cuts Off PBS Reporter During Coronavirus Briefing
Media
3
Legendary Country Musician Tragically Dies From Coronavirus Complications. Here's What We Know
Editorial
4
UPDATED: Our Interactive Map Shows How Many Have Died From COVID-19 In Each State
US
5
Dr. Anthony Fauci Predicts How Many Will Die From Coronavirus In United States
US