I really don’t like that nub-fingered, Klan-coddling, misogynist moron, but hey, if our only alternative is Grandma Stewbum… 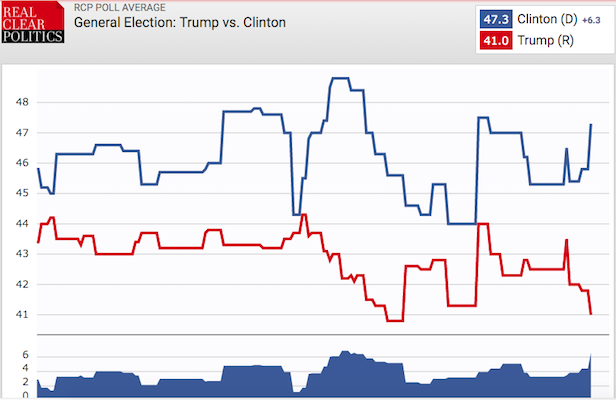 And I’ll continue to say whatever I want about him. As Stephen L. Miller points out at NRO, Trump is as much of a Social Justice Warrior as any purple-haired third-wave feminist with a Tumblr and a grudge. The Donald whines about any and all criticism, he makes his volunteers sign a non-disclosure agreement with a “no disparagement” clause, he makes no secret of his contempt for the First Amendment when it protects his critics, and he cheers on his campaign aides when they hurt reporters who ask him tough questions. If you’re supporting Trump to spite the SJWs and campus fascists and other lefties who want to shut you up, you’re just buying the old wine in a new bottle.

Wait, scratch that last part. Even Trump Wine isn’t really Trump Wine. Everything he says and does is a lie.

I don’t like authoritarianism. I don’t like being told what to say or do. That’s what I’ve been fighting for the past 8 years, and I’m not about to lay down for at least 4 more. If you try to boss me around, I don’t care if you’ve got an (R) or a (D) after your name. I will not be silent just because you want me to. You can shove that where even the glorious light of Emperor Trump doesn’t shine.

I will dissent against anyone or anything I want, whenever I want, for any reason I damn well please. God bless the United States of America.

A year ago, if you had told me that “Hillary Clinton, 45th President of the United States” wasn’t the worst-case scenario…

I’ve got bad news and worse news.
Bad: Hillary Clinton might get elected.
Worse: She might not.#NeverTrump