What’s Charles C. Johnson — the “most hated man on the Internet” — up to these days?

Well…he’s watching CNN. In a towel.

The scene seems to transpire before his shower, but it is tough to tell if that ginger mop is still wet or not.

One observer said he thinks it’s time for Johnson to see a “professional groomer.”

In May of 2015, Twitter banned Johnson, editor of GotNews, for life. So far, that ruling seems to be sticking, but he’ll never really go away and with pictures like this why would we want him to?

Full disclosure: Johnson formerly freelanced for The Daily Caller. In the past year he was spotted in the men’s room at the Daily Caller’s office in downtown Washington. Sadly, I didn’t get to officially meet him in the flesh. 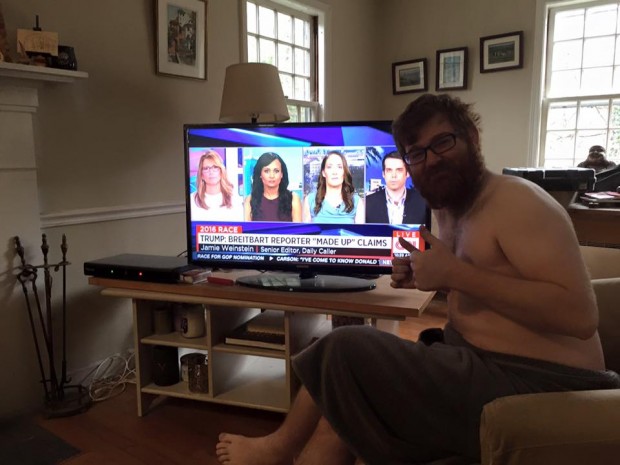