It’s springtime. Ish. And just as men are suddenly allowed to wear searsucker, and women, praise be upon them, sundresses, we’re allowed to throw a little pep into our beer. So it is in this spirit that The Daily Caller went off the beaten trail and tried a few of America’s stranger IPAs.

There are a lot of IPAs on the market right now. We mean a lot a lot. But when an eye-catching email advertising popped into our inbox one stormy, unseasonably warm February day: 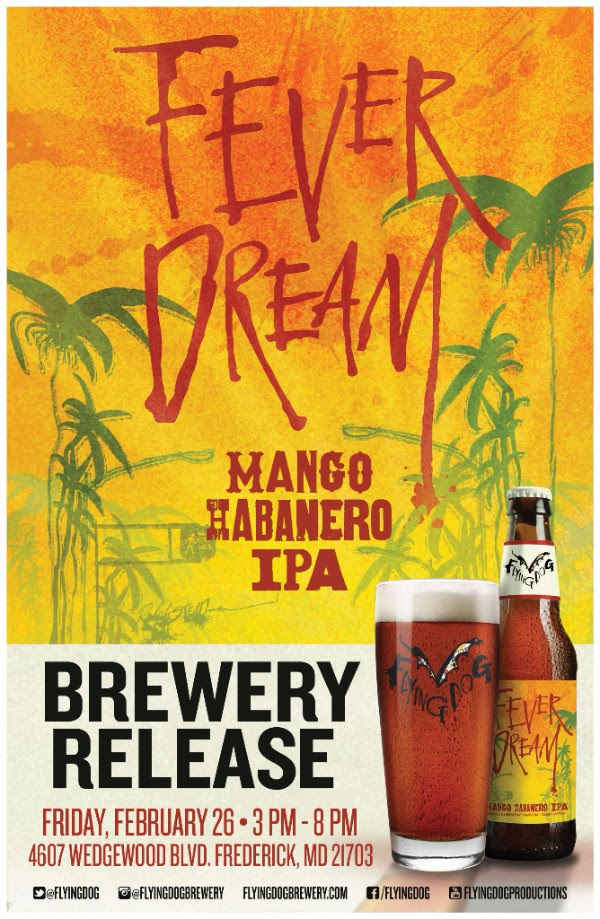 So we emailed the crew over in Frederick, Maryland, and a few days later:

As you can tell from the ads — and our expert footage — Fever Dream is easy on the eyes, with a beautiful, burnt orange with a thick, off-white head and slow carbonation.

As soon as we opened the bottle, we could smell it. There’s mango on the nose, sweet and light. Dig in a little closer and there’s the expected base of doughy IPA. On the palate, though, the mango is lost while the habanero takes over. If you’re looking for a sweet or fruity beer, or even a very spicy beer, this is not your jam — the fruit and spices live more on the outskirts, making it better for livening up the daily IPA drinker’s season. Fever Dream has more pepper than your average IPA, with a touch of citrus and the habanero spice asserting itself on the back end.

Released in February, this beer weighs in at 7 percent alcohol, with an IBU of 70.

But what else lives in the jungle?

Most of the time, if someone’s tongue is on fire from habanero, a nice citrusy fruit is going to make it hurt a lot more. Not this time.

The first part we opened from were the Mosaic Hops, which our friends in Boston chose to take the lead when hopping their grapefruit-juice-infused beer. It makes sense, with pine, lemon citrus and pepper taking the lead in these plants.

When we poured the beer, it was a hazy, lazy orange, with a slow, lazy bubbling to match. Like its friend from down south, the nose struck quickly, with beautiful orange and citrus (that’s called “grapefruit”) notes that were more fruit-forward than we’d expected.

On the palate, the citrus is strong with this one. It’s a fruity IPA, where the grapefruit comes forward from the backbench and takes the lead. It works, and this beer good for a spring or summer day. At the end of the sip, you might notice that heavier IPA aftertaste you’d associate with the brand but hey, it’s an IPA.

Weighing in at 6.3 percent alcohol and 52 IBUs, this beer became available nationwide in February.