Who will pregnant, abused and flat-out confused teens turn to now? 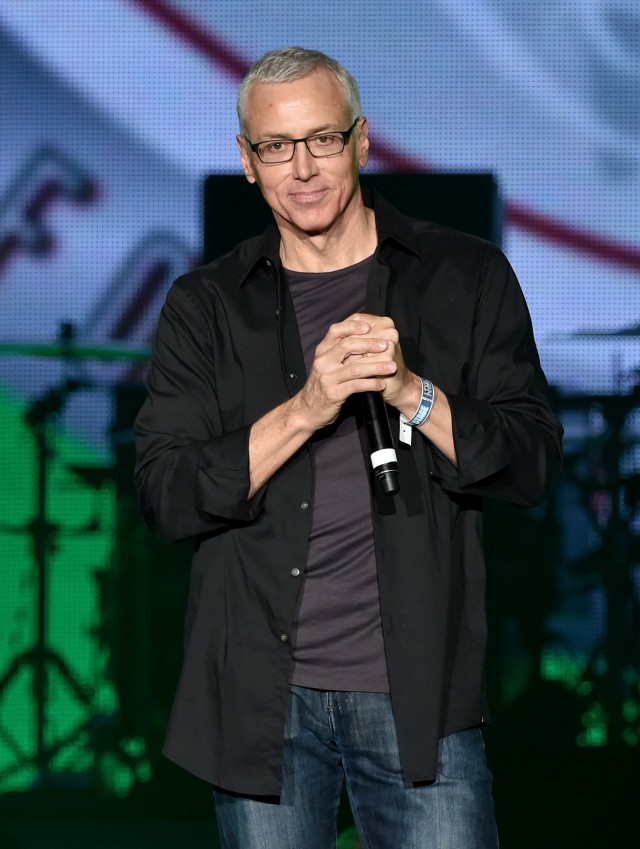 Dr. Drew Pinsky is out after 30-plus years of unexpurgated teen talk on radio’s syndicated “Loveline.” He ends his three-decade run Thursday. And he’ll do the final show with the comedian who gave “Loveline” its biggest pop culture push — Adam Carolla.

Why stop now? Dr. Pinsky told The Daily Caller he’s “too old, too tired,” with a laugh. It’s more than that, though.

“I wasn’t even sure if KROQ wanted us around [anymore],” Dr. Pinsky added.

Doing the show allowed the doctor to spot cultural trends and “hear about young people in real time,” he said.

Dr. Pinsky started “Loveline” well before the rise of the Web and social media. He was a raw medical student hosting a segment dubbed “Ask the Surgeon.” Troubled teens needed help on basic biology, like birth control and sexually transmitted diseases. He was happy to provide it from a clinical point of view.

Today, the show’s callers are “a Google search away from the facts.” But they still need information above and beyond what they read on WebMD.

“They’re not understanding the distance between a Google search and real wisdom. People think information is wisdom. It’s not true,” Dr. Drew said. “Their behavior and choices, and the consequences of those choices, they’re as mysterious as ever [to them].”

The 57-year-old still retains his ability to talk to teens without talking down to them. He doesn’t lecture. He listens. And, no matter his tag team partner, he tries to help callers go down the healthiest trail possible.

Many of those callers of late are Millennials, the demographic known for its zest for “safe spaces” against “hate speech.”

It isn’t a pretty portrait. And Dr. Pinsky sees another side to this oft-belittled group.

“Like every generation, they’re smarter than the previous generation … but they think they’re more so. Maybe that’s the problem,” he said. “They’re concerned with making a difference, much more than any generation I’ve ever seen.”

“Loveline” flew just low enough on the cultural radar to avoid the PC police’s reach. Just ask the teens who relied on the show for straight talk on difficult subjects like addiction, molestation and physical abuse.

Dr. Pinsky takes pride in the show’s brand of conversation. And, to hear him describe his approach, it’s no wonder he was able to connect with teens despite being 30-plus years older than the average caller.

“We live in a society where the expectation is that behavioral misadventures should be dealt with with a hammer. In fact, that does nothing for them. It reinforces their isolation,” he said. “What [teens] really need is a sense of wonderment. ‘What’s that all about?’ ‘Why do you think you’re doing that?’”

He reserved the right to get tough with some callers, but “it’s not my job to tell someone how to live, but how to examine the way they live,” he says.

“One of the reason I ended up working at a psychiatric hospital for 25 years … it really trained me to understand with great depth the kinds of things the callers needed,” he said. “It drove me to direct my exploration of the human experience a certain way.”

“Loveline” is ending, but it’s not like Dr. Drew is going anywhere. He’s still the host of HLN’s “Dr. Drew” program at 7 p.m. EST Monday-Thursday. He co-hosts “Dr. Drew Midday Live” on KABC radio in Los Angeles. And his “Dr. Drew” podcast is part of Carolla’s podcast empire.

The doctor hopes to explore his creative side with the extra time on his schedule. He dreams of working on a scripted series fueled by his real-life experiences.

The end of “Loveline” leaves more time with Carolla, who co-hosted the show from 1995 to 2005. The old chums are expanding their “The Adam and Dr. Drew Show” podcast to five times a week, up from two.

Carolla and Dr. Pinsky are older now. They’ll still be taking calls on sex, drugs and relationships, but now the focus will be on “solving problems,” not just cracking wise. Another change might make the doctor’s post-“Loveline” life a little easier.

“We’ll record at a different time of the day when he’s not so goddamn crabby,” Dr. Drew said.