Rosie O’Donnell is having fun dicking around on Twitter and Instagram. And boy does she have pressing things on her mind.

On Monday, O’Donnell, a former co-host on ABC’s “The View,” showed off how much extra skin she’s got hanging there by “photoshopping” her arm flub. Except it really doesn’t look like photoshopping. The two pictures look pretty identical. 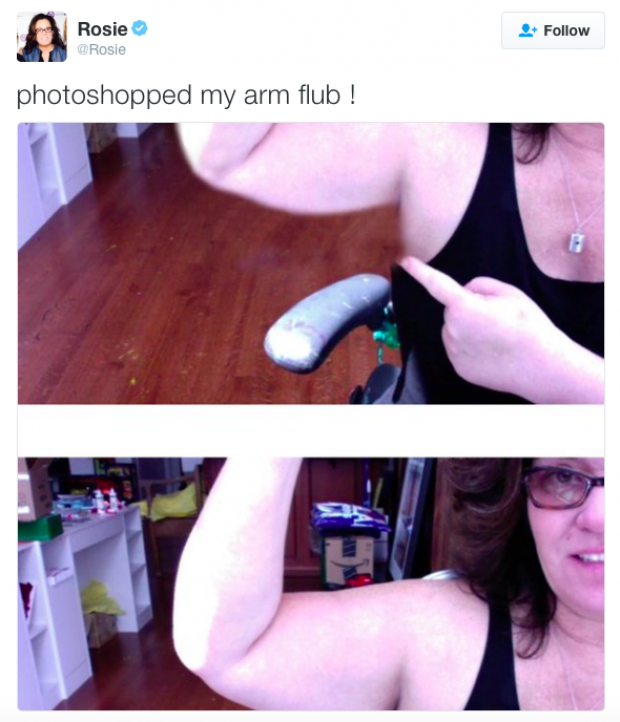 And seriously. She wonders why GOP presumptive nominee Donald Trump makes fun of her?

On Sunday at one of his many rallies, after he finished blasting the “dishonest” media for not showing how many people REALLY attend his rallies (and after the camera panned to all the people attending the rally), he took a fresh stab at O’Donnell.

She isn’t too fond of him, either. On May 5, she wrote in all caps: “HE WILL NEVER BE PRESIDENT.”

And just two hours ago, she posted this ominous picture of Trump on Instagram. 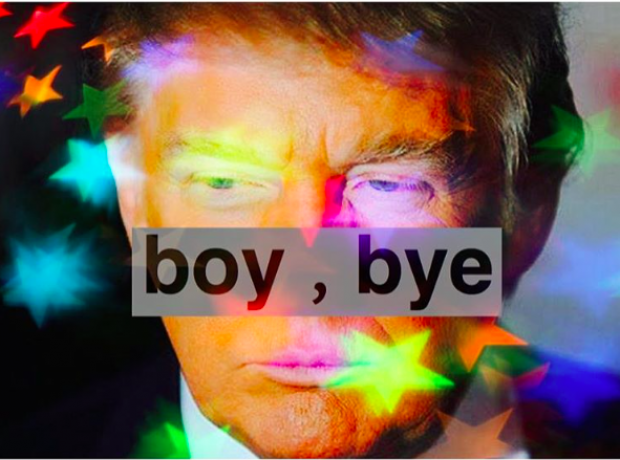