The post on his Facebook page, which includes a picture of a group of Amish people, reads, “Here it is…100% Undeniable Proof You can be completely devoted to your religion wear beards, dress modestly, and reject modern society without strapping explosive vets to children.” 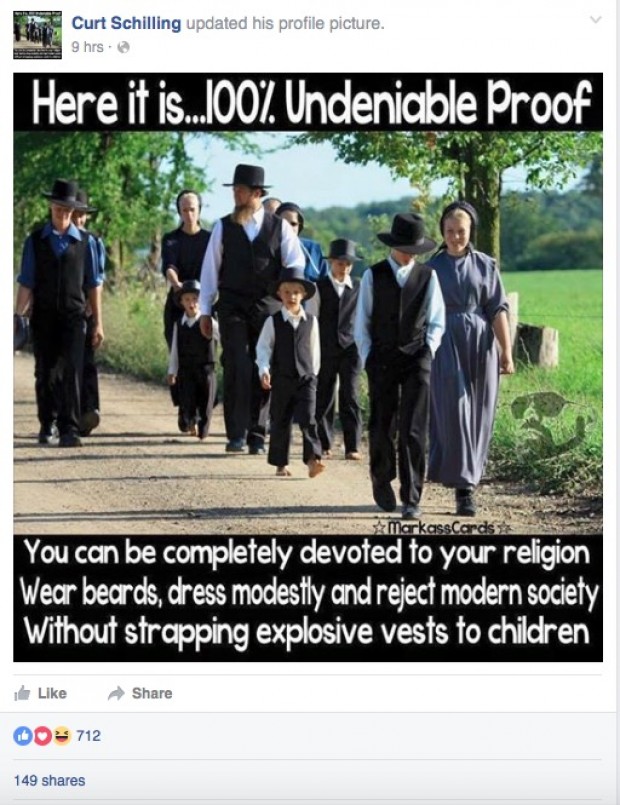 Schilling was fired from ESPN after sharing a post on Facebook attacking laws that allow transgender people to go into bathrooms that don’t align with their biological gender. (SLIDESHOW: These Barely Clothed Women Love Baseball)