Lane, an actress who appeared in South Beach and Murphy Brown, has been all over cable news Monday after the NYT ran a front page story Sunday on Trump’s interactions with women over the years. Lane claims the NYT promised her that it wouldn’t be a hit piece and said the newspaper twisted her words.

In the story’s aftermath, she had only positive things to say about her ex-boyfriend, the presumed GOP presidential nominee. Lane was crowned Miss Maryland in 1988.

She divulged to Fox & Friends Monday morning that the story was bullshit.

Her beautiful has to have been blow-dried. See below.

Noteworthy: the giant cross around her neck. 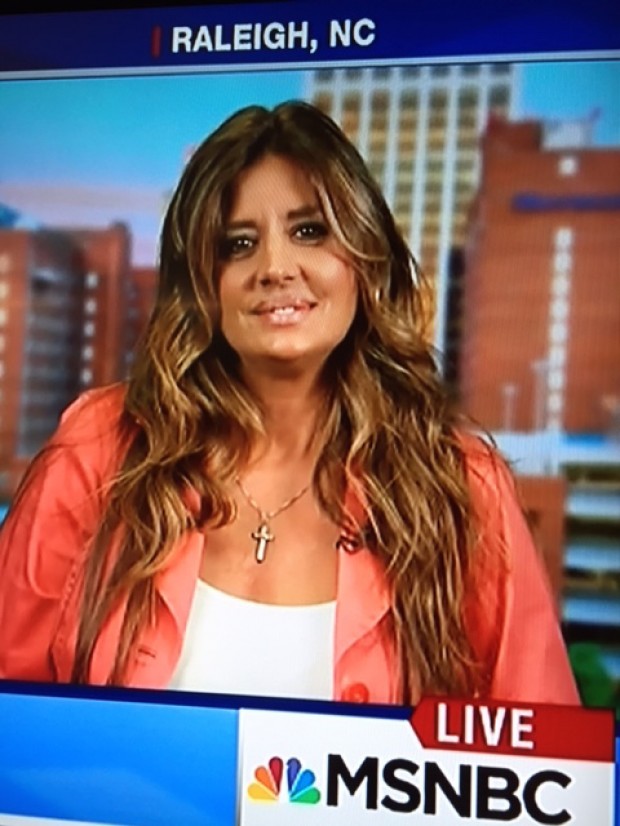