The Daily Beast‘s senior editor Andrew Kirell has a beef with Sen. Tom Cotton (R-Ark.) about his view that the U.S. doesn’t lock criminals up enough.

Cotton opposes a bill moving through Congress that would reduce mandatory minimum sentences.

He made his remarks during a speech at The Hudson Institute, saying, “If anything, we have an under-incarceration problem.”

One of the upsides of Twitter: the journalist called him out for it, calling him a POS. 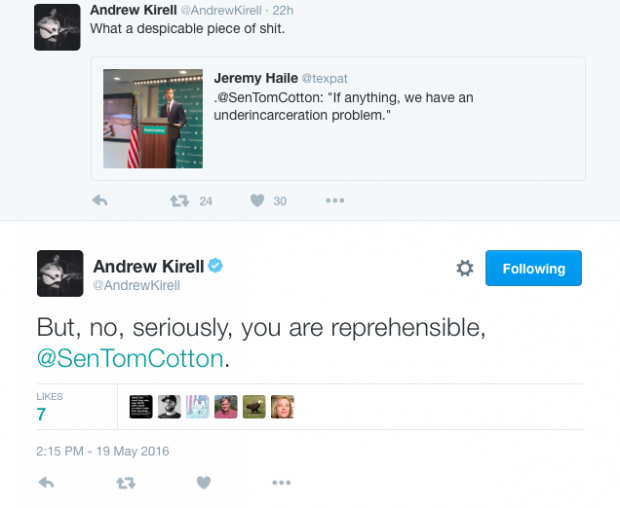