“You can’t tell me the media isn’t bouncing all over Golden State’s dick. You’d think they were winning in a blowout. They are losing at home.”

“Sanders attending the Warriors game on the day they cap a 3-1 series comeback is fitting metaphor for his campaign.” — Murtaza Hussain, reporter, The Intercept.

“Last week, Golden State was down three games to one. Tonight, they finished off a great comeback in California. I like comebacks.” — Bernie Sanders, Democratic presidential hopeful.

Reporter tries to get inside Paul Ryan’s brain

“If you are Paul Ryan, you had to be watching that Trump presser in total, abject horror.” — WaPo‘s Chris Cillizza. 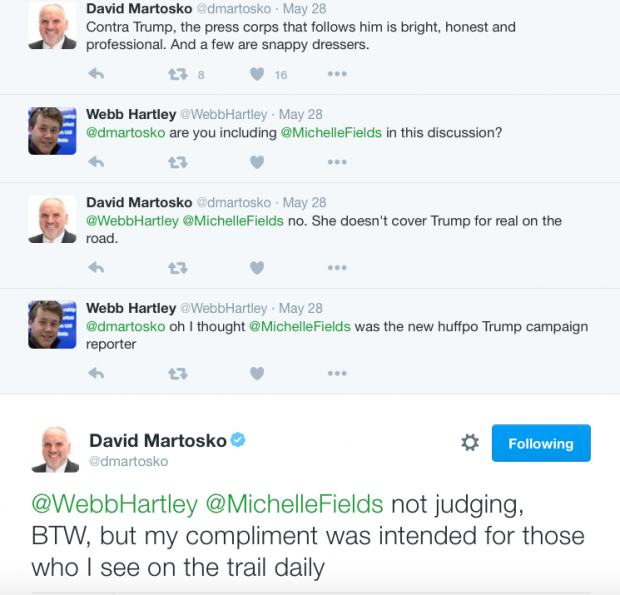 Question of the Day…. “Who wants to chat about: Politics & the Media, Current Events in the News, Sports Topics, Celeb News & Gossip or TV/Movies?” — Twitter’s Marty Rudolf.