The world’s preeminent race reporter Wesley Lowery is at it again. Fighting his half-white privilege, he denounced MSNBC for its new promotional photograph that has no black people.

This isn’t the first time that Lowery has been critical of MSNBC. In 2014, he blasted “Morning Joe” star Joe Scarborough for not going to Ferguson to do some real reporting.

“Well, I would invite Joe Scarborough to come down to Ferguson and get out of 30 Rock where he’s sitting sipping his Starbucks smugly,” Lowery said on CNN’s New Day to Kate Bolduan, who is Caucasian. “I invite him to come down here and talk to residents of Ferguson where I have been Monday afternoon having tear gas shot at me, rubber bullets shot at me, having mothers, daughter, a 19-year-old boy, crying, running to pull his 21-year-old sister out from a cloud of tear gas thinking she would die.”

It must get so exhausting being so offended all the time. 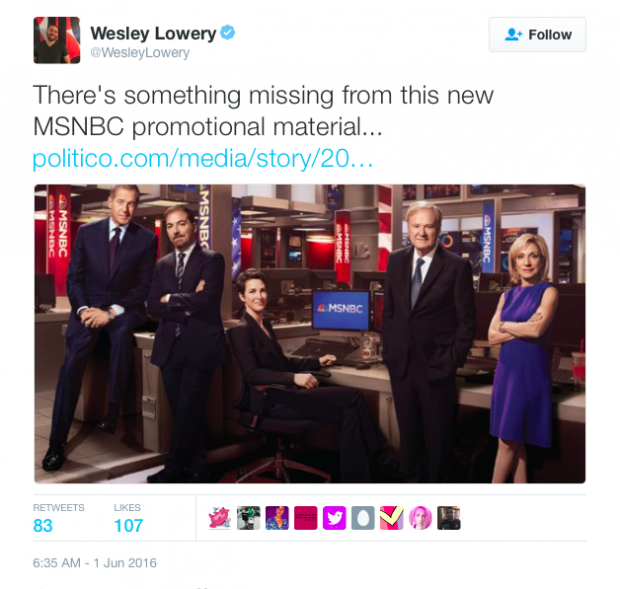