Somebody named Steve Benen, who writes MSNBC’s The MaddowBlog and helps produce Rachel Maddow‘s show, last week seized upon this website’s scoop about the close proximity of President Obama’s post-presidential home to a mosque as evidence The Daily Caller is a journalistic poseur.

“If you’re ever tempted to consider The Daily Caller a legitimate news outlet,” he wrote, “I hope you’ll keep evidence to the contrary in mind.”

Wait — isn’t this the guy who on Wednesday wrote a story piggybacking on The Daily Caller‘s interview with Sen. Jeff Sessions (R-Ala.)? The imbecile even links and quotes The Daily Caller but refers to the publication as the “far-right” news organization, which is just false. I should know — I work there.

Right-leaning….yes. But there are plenty of varying points of view and writers who support and don’t support an array of candidates. There are reporters who despise Donald Trump and others who wear his hats. And still others who would never wear any candidate’s hat or shirt or button. There’s even an editor who belts out a Bernie Sanders impersonation in the newsroom. He also does John Kasich, a shouting Hillary Clinton, a solemn Brian Williams, and Trump. Believe me, it’s great. It’s so great we’re getting sick of how great it is. OK?

Benen, meanwhile, quotes Politico, but doesn’t politically categorize the publication, despite showing past biases. In short: He’s an asshole. 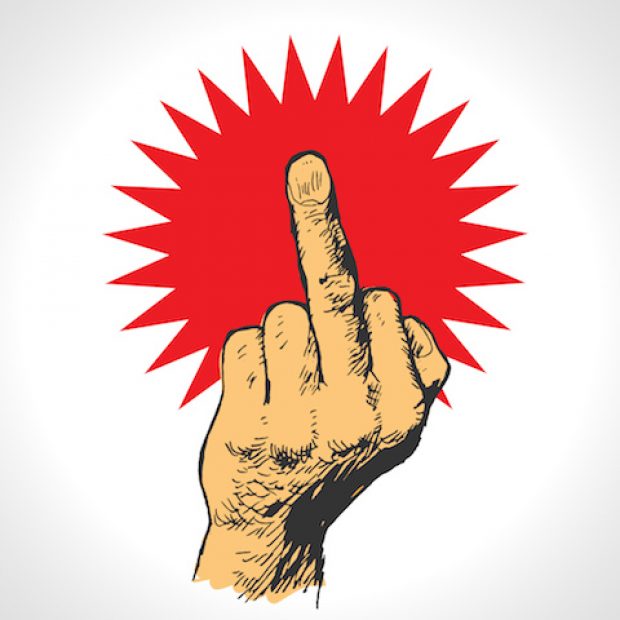 But more importantly, Mr. Benen could look to his own ratings addled network for self-reflection:

— Phil Griffin, the president, made a complete fool out of himself when he said that former host Ed Schultz asked President Obama at a question at a press conference and how impressed he was by it. Of course, that never happened. What looked like perjury came to light at the Ed Schultz breach of partnership trial. An NBC ombudsman is allegedly looking into it and by that I mean not doing anything at all.

— Weekend host Rev. Al Sharpton has two outstanding personal tax warrants for some $600,0000 dollars and was found guilty of defamation for his Tawana Brawley hoax.

–This is the network that gave Ronan Farrow his own show.

So perhaps Benen isn’t the best judge of what media outlet deserves legitimacy.

Benen ignored tweeted requests for comment from phone enthusiast and Washington Gadfly columnist Evan Gahr, who somehow just hoodwinked the Senate Homeland Security Committee into citing his reporting for the illegitimate Daily Caller while launching an investigation into the smearing of an ICE whistleblower.