In late April, Comcast/NBCUnivercal purchased DreamWorks Animation for a whopping $3.8 billion. Now under new management, the studio is looking to revive one of the biggest film franchises on the planet — Shrek. 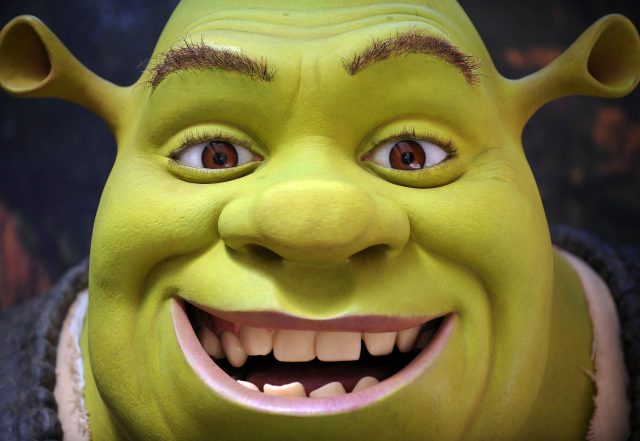 According to Deadline Hollywood, plans are being put into motion to produce a fifth Shrek movie, and — if all goes well — a sixth, seventh, and so forth. NBCUniversal is looking at everyone’s favorite ogre as their new cash cow.

Chief Steve Burke said that Illumination Entertainment’s Chris Meledandri has been granted complete creative control and that “he is creatively going to try to help us figure out how to resurrect Shrek and take a lot of the existing DreamWorks franchises and add value as we create new franchises.”

DreamWorks Animation, in tandem with Merlin Entertainments, have already opened a theme park attraction called Shrek’s Adventure London. NBCU is hoping to continue growing that brand and increase the company’s yearly revenue into the double-digit billions. Merchandising of popular characters will play a key role in any growth the studio hopes to see, which means additional movies in the series should be coming down the pipeline soon.

Back in 2014, Jeffrey Katzenberg commented on the future of the “Shrek” films, saying, “We like to let them have a little bit of time to rest, but I think you can be confident that we’ll have another chapter in the Shrek series. We’re not finished, and more importantly, neither is he.”

The most recent entry into the series, “Shrek Forever After,” grossed $752.6 million worldwide back in 2010. The series has provided diminishing returns domestically over the years, but has grossed almost $3 billion worldwide from 2001 to 2010.

1
Biden Snaps At Voter: 'Go Vote For Someone Else'
Politics
2
Rand Paul Snaps, Says Trump Should Sue Chuck Schumer For Defamation
Politics
3
Chuck Schumer Says There Will Be No 'Bargaining' In Exchange For Hunter Biden Testimony
Politics
4
Chris Wallace Wonders If Jerry Nadler Would Pay To Have 1998 Clinton Impeachment Video 'Expunged From The Earth'
Politics
5
WaPo Clears Reporter Responsible For Kobe Tweets, 'Regrets' Speaking Publicly About The Situation
Media