Donald Trump says that Barack Obama was “more angry at me than he was at the shooter” responsible for the Orlando terrorist attack.

During a campaign rally in Greensboro, North Carolina on Tuesday, Trump said, “I watched President Obama today, and was more angry at me than he was at the shooter! And many people said that.”
(RELATED: Obama Lashes Out At Trump, Defends Not Using ‘Radical Islam’ Label)

Later, Trump said, “The level of anger, that’s the kind of anger he should have for the shooter and these killers that shouldn’t be here.” 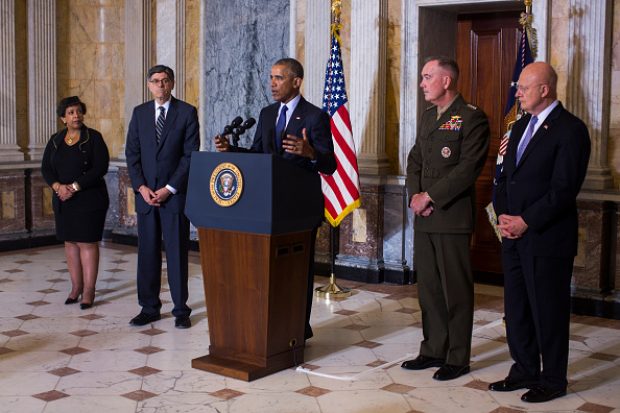 The shooter, Omar Mateen, killed 49 people in the worst terrorist attack since 9/11 at a gay nightclub in Orlando, Florida on Sunday. (RELATED: Trump Calls On Obama To Resign For Not Calling Orlando Attack ‘Radical Islamic Terrorism’ [VIDEO])

Over the weekend, Trump called on Obama to resign if he still refused to call the Orlando terrorist attack “radical Islamic terrorism.” (RELATED: Limbaugh: Obama Sounds Like A ‘Defense Lawyer’ For Terrorists [AUDIO])

Responding to Trump on Tuesday, Obama rejected using the term “radical Islamic terrorist” claiming, “What exactly would using this label accomplish? What exactly would it change? Would it make ISIL less committed to try to kill Americans? Would it bring in more allies? Is there a military strategy that is served by this? The answer is none of the above.”