Texas Rep. Louie Gohmert says that it is okay to “discriminate” against Muslims who believe the Constitution is “submissive” to Sharia law because “what they have done or want to do is called a crime.” 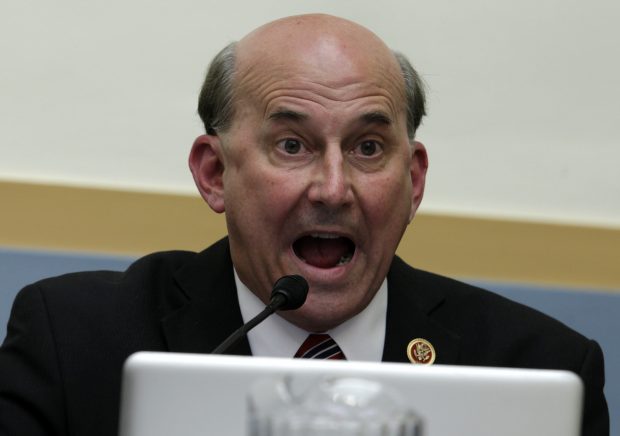 Speaking from the House floor on Thursday, Gohmert said that under the Obama administration, “[T]here are a massive number, and a massive percentage of people who have already immigrated into the United States who are Muslim that say they owe their allegiance more to Sharia than to our Constitution.”

“And I know that people constantly say we should not discriminate and certainly we should not and as a judge, as a prosecutor as a chief justice, we discriminate based on things that were inappropriate, but if somebody is committing a crime or has committed a crime, wants to destroy our way of life, bring down our government, destroy western civilization, it’s okay to discriminate against those people because what they have done or want to do is called a crime,” Gohmert argued.

“And if they want to bring down our Constitution and have it submissive to Sharia Law, the appropriate term for that is treason,” Gohmert insisted. “And it is ok to discriminate against people who want to destroy your people, destroy your government [and] bring down the constitution.”

“If someone wants to immigrate into this country and we are getting word that some are instructed not to talk about or mention their religious beliefs and just say it’s none of your business, but it is important to find out before we give American citizenship to people whether or not they can take the oath as a citizen honestly, truthfully, with no hesitation because if they cannot, then we need to discriminate against them and prevent those people who want to commit treason from becoming American citizens,” he said. “It’s called self-defense and called self-preservation.”

“So no, we don’t want to ever discriminate against anybody based on race, creed, color… religion, gender, age, but if somebody is not willing because of the religious beliefs to state that the Constitution is something to which they can pledge their complete allegiance, then they’re not supposed to get citizenship,” Gohmert argued. Citizenship is “supposed to be denied. And if you want to call that discrimination, then that’s the kind that’s okay.”