Ben Affleck went on an epic rant about the unfair way that Tom Brady and the New England Patriots were treated last football season. 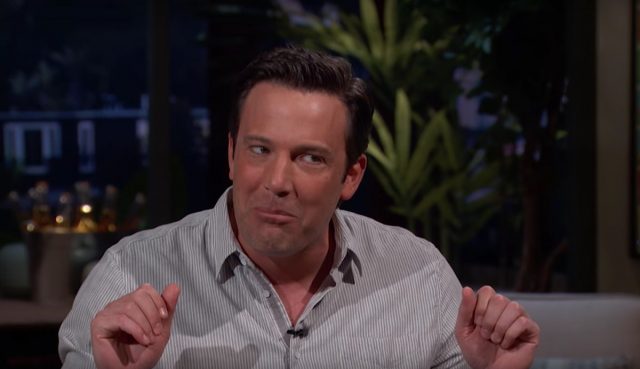 During an episode of Bill Simmons’s new weekly sports show “Any Given Wednesday,” the actor — who was raised in Massachusetts — said Deflategate was “the ultimate bullshit fucking outrage of sports ever.”

“We’re running our greatest player ever through this, this mill of humiliation and shame, which is totally unwarranted for the sake of our own bruised egos and our embarrassment and to paper over our mismanagement.”

“This is a conspiracy of people working inside the NFL who all come from organizations that Tom Brady whipped their ass over the last 10 and 15 years. There’s guys who worked for the fucking Jets, fucking Broncos and everybody else, who are now going, ‘Yeah, hang him!'”

Affleck couldn’t believe Brady was asked to hand over his cellphone to the league.

“They’re not the FBI. You’re not required to turn over your records. It’s outrageous.”

“Maybe it’s that Tom Brady is so FUCKING CLASSY and such a FUCKING GENTLEMAN that he doesn’t want people to know that he may have reflected on his real opinion … of some of his co-workers.”

“We haven’t done anything to address this crisis in domestic violence in the NFL, but the fucking football better not be 8 percent lighter.”