“@BenSasse rubs Vaseline on his nipples, listens 2 @mattklewis podcast. It’s how I prepare to listen to Lewis too.”

WHAT IN THE HELL?

“Liberals in a frenzy of frivolous but grandiose and self-congratulatory moralism are a spectacle to behold.” — The Weekly Standard‘s editor-in-chief Bill Kristol.

Speaking of that sit-in…

“Democratic sit-in on House floor is petering out: A member is quoting Shakespeare and there are now more tourists on floor than members.” — Matt Laslo, Capitol Hill freelancer, adjunct prof. 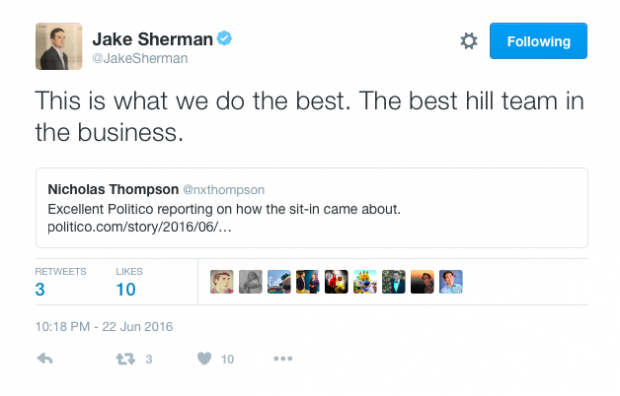 Snide commentary from the House floor

“From a Republican colleague of mine as he walked off the floor: ‘We’re going to have a drink and a cigar. Enjoy your protest.’ Really.” — Rep. Ted Deutch (D-Fla.).

And a reply: “Name names! (We need to know who to send our donations to.)” — Washington Free Beacon Executive Editor Sonny Bunch.

CBS’ Will Rahn is going through rough times

“Tough out there for a civil libertarian these days.” — CBS’ Will Rahn.

Who knew David Martosko could be so funny in Scotland? 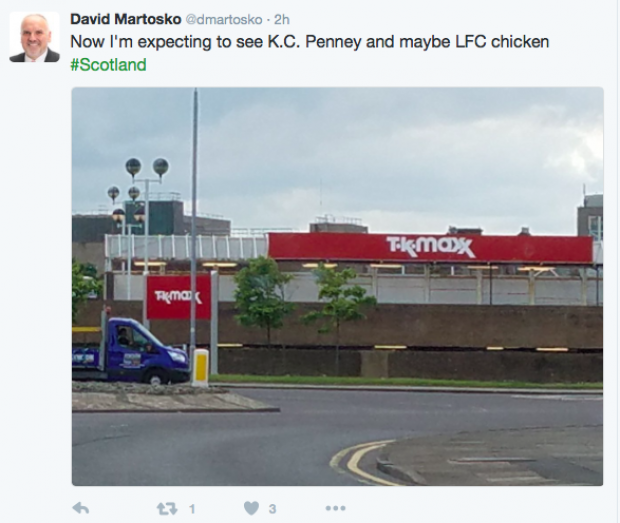