YouTube personality Calum McSwiggin claimed to be the victim of a brutal hate crime on Sunday, yet an investigation by the Los Angeles police revealed he likely fabricated the entire incident. 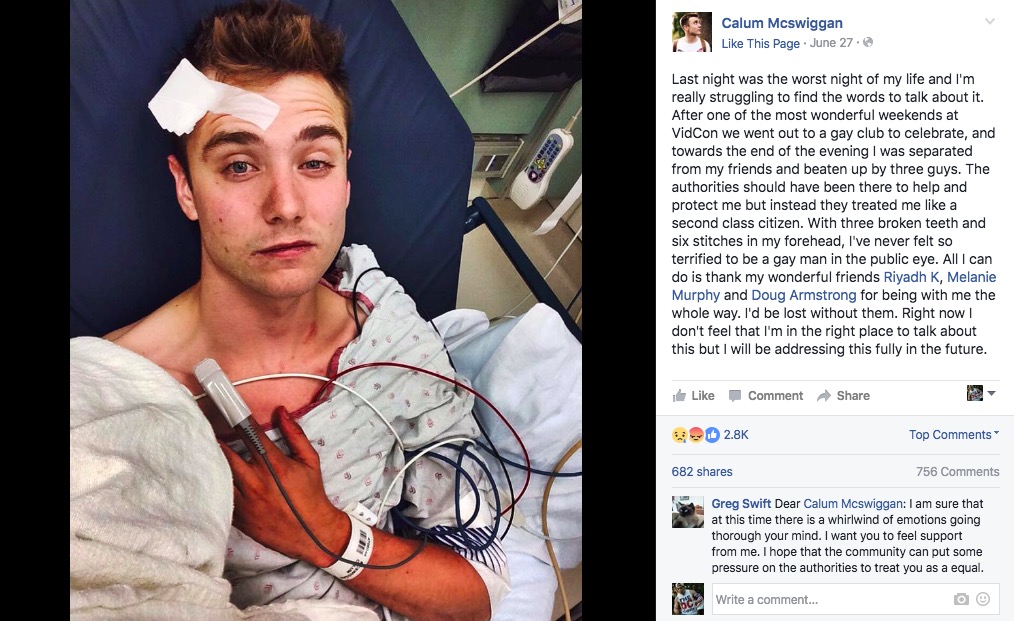 “After one of the most wonderful weekends at VidCon we went out to a gay club to celebrate, and towards the end of the evening I was separated from my friends and beaten up by three guys,” he wrote. “The authorities should have been there to help and protect me but instead they treated me like a second class citizen.”

[dcquiz]”With three broken teeth and six stitches in my forehead, I’ve never felt so terrified to be a gay man in the public eye.”

The LA County Sheriff’s Department told an entirely different story about the incident. Officers arrested McSwiggan on Sunday evening purportedly vandalizing a car, with no visible injuries to himself.

According to the police report, McSwiggan was booked and confined in a cell by himself.

He was only hospitalized after officers discovered him beating himself with a payphone located in the cell.

LA County Sheriffs are still conducting an investigation into the incident.