Huma Abedin, a top aide to presumptive Democratic nominee Hillary Clinton, says that the former secretary of state routinely used burn bags to dispose of personal documents during her time at the State Department.

Abedin’s revelation came when she was deposed by watchdog group Judicial Watch on June 30. (RELATED: Huma Abedin Says She Was Frustrated With Hillary’s Email Setup)

“If there was a schedule that was created, that was her Secretary of State daily schedule, and a copy of that was then put in the burn bag, then that certainly happened,” Abedin stated. “On more than one occasion.”

The State Department has clear regulations pertaining to the use of “burn bags,” and while government officials are directed to use them to dispose of both “paper” and “hardrives,” the government strictly prohibits several items — including “personal documents” — from being destroyed in burn bags.

The New York Post notes that Clinton’s use of burn bags to destroy personal documents is “unprecedented” among public officials, and several experts also believe this behavior “will likely come under intense scrutiny.” 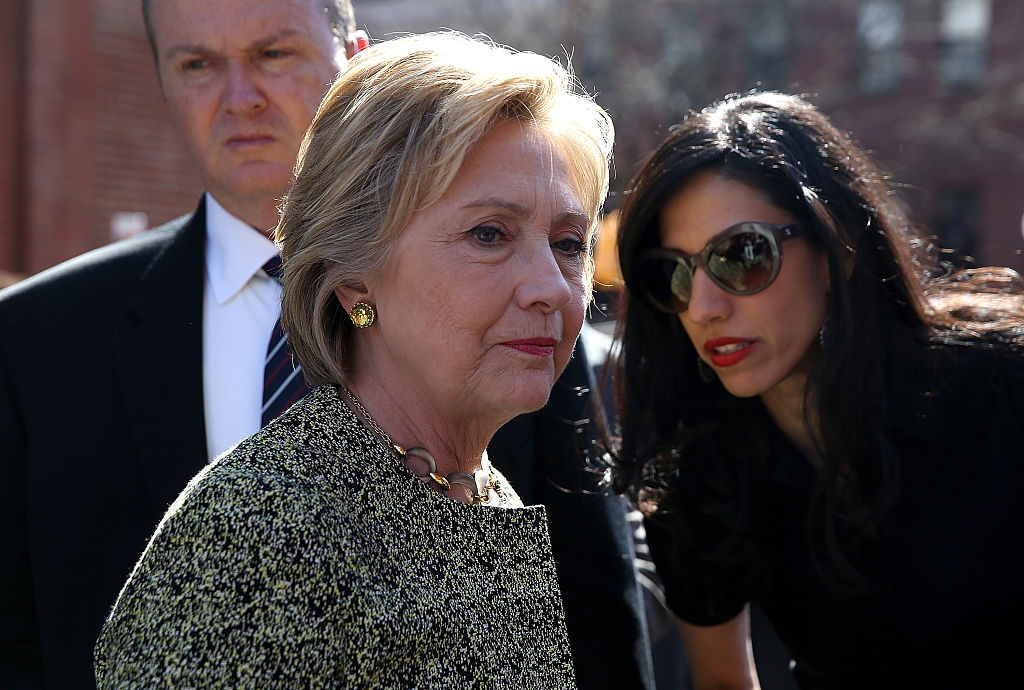 Hillary Clinton talks with aide Huma Abedin before speaking at a neighborhood block party on April 17, 2016 in Brooklyn (Getty Images)

Former US Spokesman for the United Nations Richard Grenell claims he has “never seen anyone put their schedule in the burn bag because every one of them had astate.gov email address and therefore their daily schedules became public records, as required by law.”

“This shows, in my opinion, a skewed sense of security,” Brad Blakeman — former scheduler to President George W. Bush — told the Post. “The Clinton people would dispose of the secretary’s schedule in the same manner as if it were classified yet those same safeguards were not in place with regard to email communications.”

Experts believe the interview signals the FBI will soon hand down recommendations in regard to its investigation of the personal email server Clinton used at the Sate Department.