Sen. Bob Corker said on Wednesday that Ivanka Trump, Donald Trump’s daughter would be his “best” choice for running mate.

In an interview with MSNBC on Capitol Hill, where Corker explained why he had withdrawn his name from consideration as Trump’s possible VP, the Tennessee senator said, “I do want to say I had a remarkable day there yesterday and the Trump family is most impressive.” (RELATED: Bob Corker Tells Trump He Doesn’t Want To Be VP) 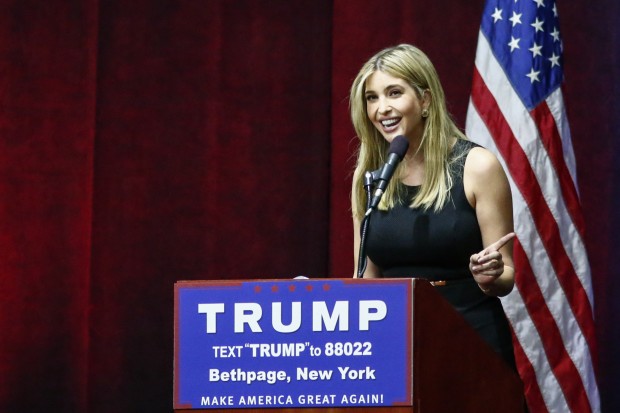 According to Corker, Trump’s “best running mate by the way would be Ivanka. I know that wouldn’t pass muster probably, but I don’t know that I’ve met a more composed, brilliant, beautiful in every way person. And Eric, equally impressive, Jared [Kushner, Ivanka’s husband] what a special relationship that [Trump] has with his son-in-law. It’s pretty neat to see.”

Ivanka Trump turns 35 this coming October 30, thus she would be eligible to be president by age requirement on Election Day.