Bennett was especially not pleased that Steph Curry charged kids $2,250 to attend a basketball camp of his in Hawaii.

“I see a lot of different athletes come through Hawaii whether it’s Steph Curry or whoever it is. They all come here and it makes me mad, because I live in this community and I understand this community. That there’s so many kids who can’t afford to pay such a high amount of money. In my mind it’s like, how much money do you need before you start giving back for free? And I think a lot of athletes should start focusing on that,” the Pro Bowl MVP told KOHN news. (SLIDESHOW: 12 Times Russell Wilson’s Wife Ciara Was Absolutely Stunning) 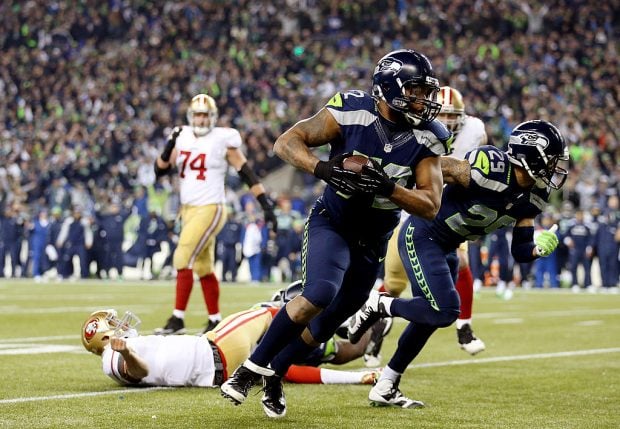 SEATTLE, WA – JANUARY 19: Defensive end Michael Bennett #72 of the Seattle Seahawks recovers a fumble by quarterback Colin Kaepernick #7 of the San Francisco 49ers and runs for 17-yards in the fourth quarter during the 2014 NFC Championship at CenturyLink Field on January 19, 2014 in Seattle, Washington. (Photo by Christian Petersen/Getty Images)

He also added, “If you do have a camp and you charge money for it, you need to make sure that money that you take from this community, you give back to the kids that are paying for the camp.”

Bennett is entering his eighth season in the NFL.