While addressing reporters during a Monday morning press conference, Dallas Police Chief David Brown thanked God for helping him get through the past week.

“I’m running on fumes,” Brown explained. “Many of you have asked me for interviews, and I’ve tried to ignore you. I hope you understand.” (VIDEO — Dallas Police Chief Scolds Jake Tapper For Asking Question About Gun Control: ‘I Wasn’t Born Last Night’)

Brown further stated that “the memorization it takes to run a major city police department on a normal process day, with all the things that happen, is overwhelming.”

“So this transpiring with all the normal things that are happening in the city is difficult at best,” he continued. “Again, I go back to I’m a person of faith. I believe that I’m here and able to discuss this with you is a testament to God’s grace and his sweet, tender mercies, just to be honest with you.” 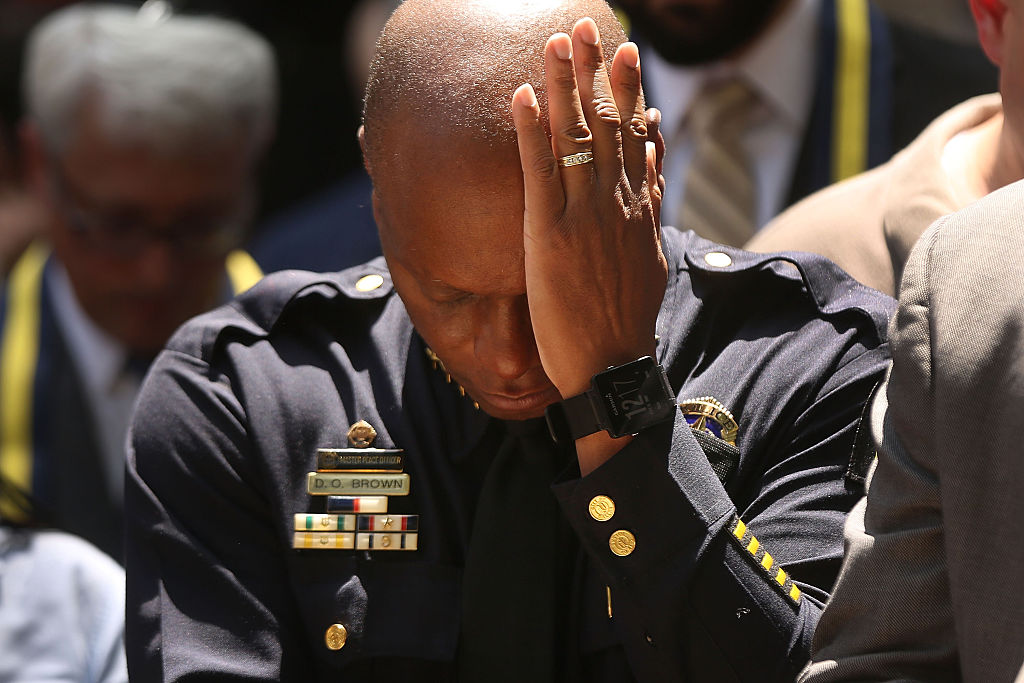 Chief Brown also noted that “we ask cops to do too much in this country.”

“We just ask us to do too much. Every societal failure, we just ask the cops to solve.”