“On balance, first 1/2 of #GOPConvention has been a disaster. Heavy on fear, light on star power, loose w facts & beset by plagiarism scandal.”

“I would rather repeatedly punch myself in the junk than watch Ben Carson speak.” — John Goodwin, husband to CNN’s S.E. Cupp and longtime Capitol Hill aide.

“Are we going to sit around and pretend a ballerina did it?” — Mika Brzezinski on Wednesday morning’s edition of “Morning Joe” from the RNC.

Daily Caller intern has a funny plea for the major networks

“I leave Twitter tonight with tears and a very sad heart.All this cause I did a movie.You can hate the movie but the shit I got today…wrong.” — SNL’s Leslie Jones.

But he’s not going away anytime soon…

“This week’s RNC special edition episode of The Milo Show is one of our all time best. Make sure to listen on Friday.” — The Milo Show.

“I just don’t understand how the @GOP thinks this is good for them. It’s just boring with people most don’t know giving canned speeches.” — Bubba Atkinson, editor-in-chief, Independent Journal Review.

“While last night included no plagiarism/schedule snafus, it was still a big failure in terms of persuading the voters Trump needs to win.” — Dan Pfeiffer, VP of Communications and Policy for @GoFundMe, former senior advisor to President Obama.

Pundit gets nixed because of Gingrich

“I was bumped from my broadcast spot by Newt, so gimme a second. Ha.” — CNN and The Federalist‘s Mary Katharine Ham.

“Convo w/Uber driver in Cleveland: Him: ‘Where are u from?’ Me: ‘Miami.’ Him: ‘Are you over Lebron leaving Miami?’ Me: ‘No.'” — Ana Navarro, Jeb Bush supporter and friend of Marco Rubio. 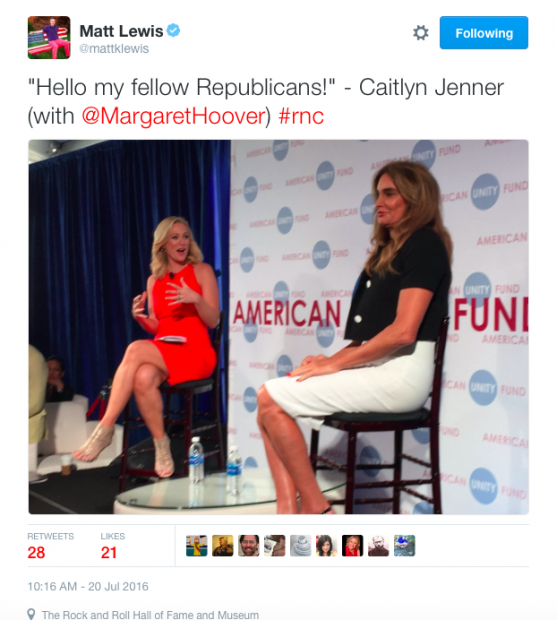 Word on the street… Montel Williams, media whore-at-large, was at the event. I’m told he went on stage with a binder with words that were 72 font. His little bitch of a “political aide” — Jonathan Franks — refused to allow Daily Caller reporters to interview his esteemed boss because of a few tweets from The Mirror. The loss is all theirs. 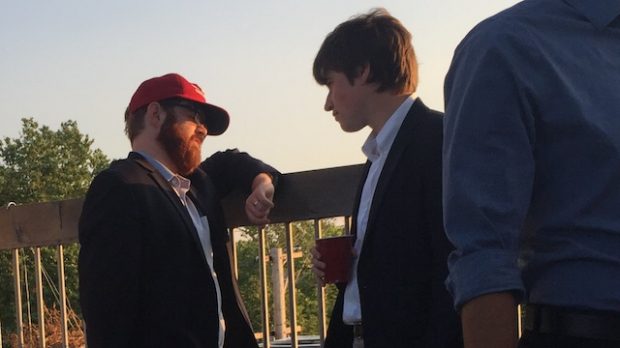 SPOTTED: NationalReviewOnline‘s Jonah Goldberg smoking a cigar at the RNC 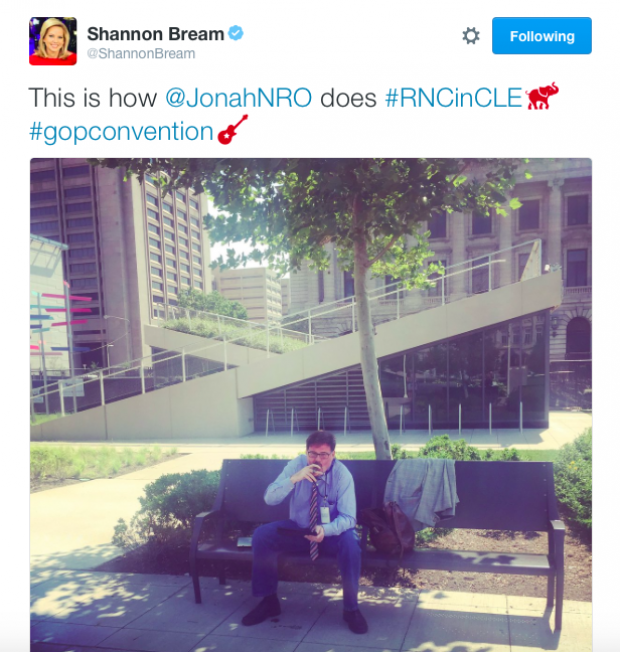