CLEVELAND, Ohio — Pete Hegseth said the people who set an American flag on fire during a protest outside of the Republican National Convention Wednesday belong in jail. 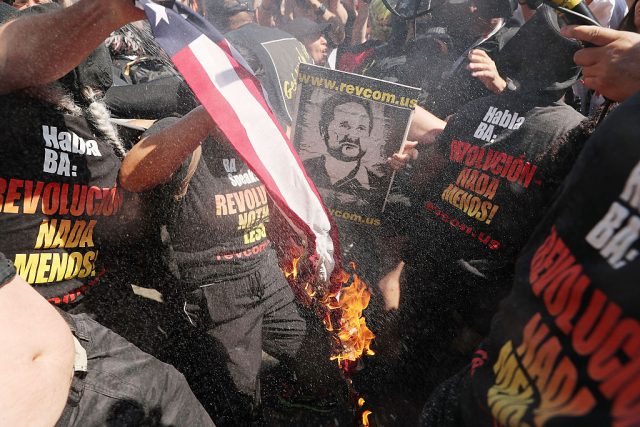 During an exclusive interview with The Daily Caller, the veteran — who served in Iraq, Afghanistan and Guantanamo Bay — praised the police for the way they handled the protest. (RELATED: Cleveland Protester LIGHTS HIMSELF ON FIRE While Burning The American Flag)

“Go to jail,” Hegseth said. “Follow the law. I was right there as it began. It was probably two dozen people in black shirts chanting about Communist revolution, some psychobabble nonsense. They pull out the flag, try to light it, spill some lighter fluid. He lit the flag and his own leg on fire.”

At least 18 people were arrested and detained after a group started a protest in the streets outside of the RNC. After one man set an American flag on fire, he caught himself and several others on fire as well. 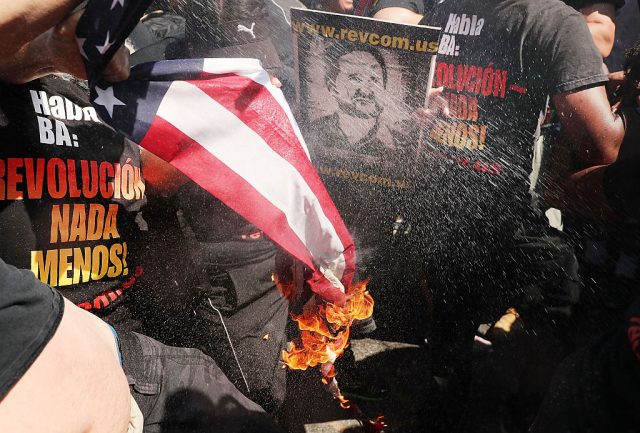 “The cops were amazing,” he said. “They knew exactly what to do and how to do it. They focused on the chief agitators. It wasn’t a lawful protest and no, you can’t light things on fire in the middle of a public street.”

“They think they know what they hate, but they don’t realize how charmed they are to live in a country where they can do just that. Let’s expose them for who they really are and then let’s expose the cops for what a great job they do.” (RELATED: Pete Hegseth: ‘Mark My Words — Hillary Might Be Worse Than Obama’)